Column: Dytarious Johnson should have been named to first-team 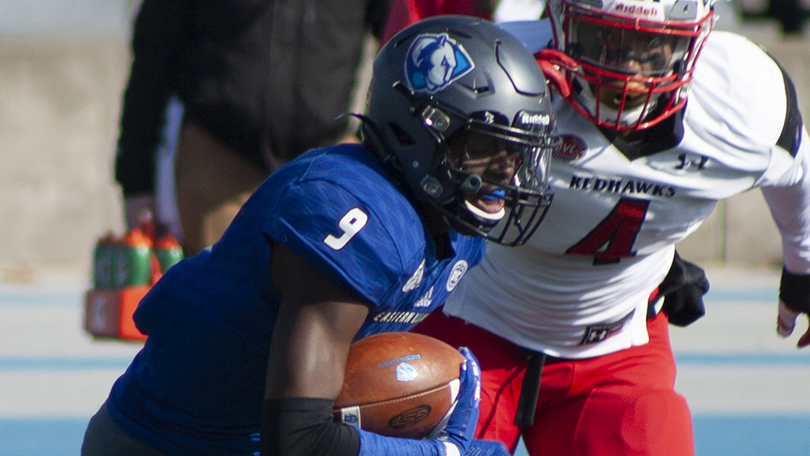 Running back Jaelin Benefield, wide receiver Isaiah Hill and linebacker Jason Johnson were all named to the all-conference newcomer team.

Most of these selections seem on point. Greer had 41 tackles, nine tackles for loss and was a force up the middle for the Panthers on defense all season.

Benefield flashed big-play potential as a freshman and finished the year second in all-purpose yards for Eastern with 785.

Jason Johnson finished third on the team with 59 tackles and played a lot of important minutes for the Panthers late in the season.

The one confusing selection here was Dytarious Johnson for second-team all-defense. He should have been first-team all-conference. That is the bottom line.

As someone who watched almost every defensive play for the Panthers this season, you will have a very hard time convincing me there were three better linebackers in the OVC this season than Dytarious Johnson.

The three linebackers that were selected to the first team were Zach Hall from Southeast Missouri, T.J. Jefferson from Tennessee-Martin and Anthony Koclanakis from Murray State.

All three of those players had tremendous seasons in their own right.

Koclanakis led the conference in tackles with 124, Hall was second with 122 and Jefferson had 94 of his own.

Johnson’s 67 tackles on the season may not match up with the three players above, but it was the damage Johnson caused in opposing team’s backfields that should separate him from the crowd.

Even on plays where Johnson did not do something that would appear on a stat sheet, his No. 51 jersey could always be found around the ball carrier or closing in on a quarterback before they threw.

Perhaps Johnson’s case for being on the first team was hurt by Eastern’s 1-11 record this season and general aptitude for being out of the OVC spotlight, or perhaps the voters were too head-over-heals for the other candidates high tackles numbers.

Whatever the case was, Dytarious Johnson should have been a first-team all-conference player for the 2019 season.

The voters got this one wrong.