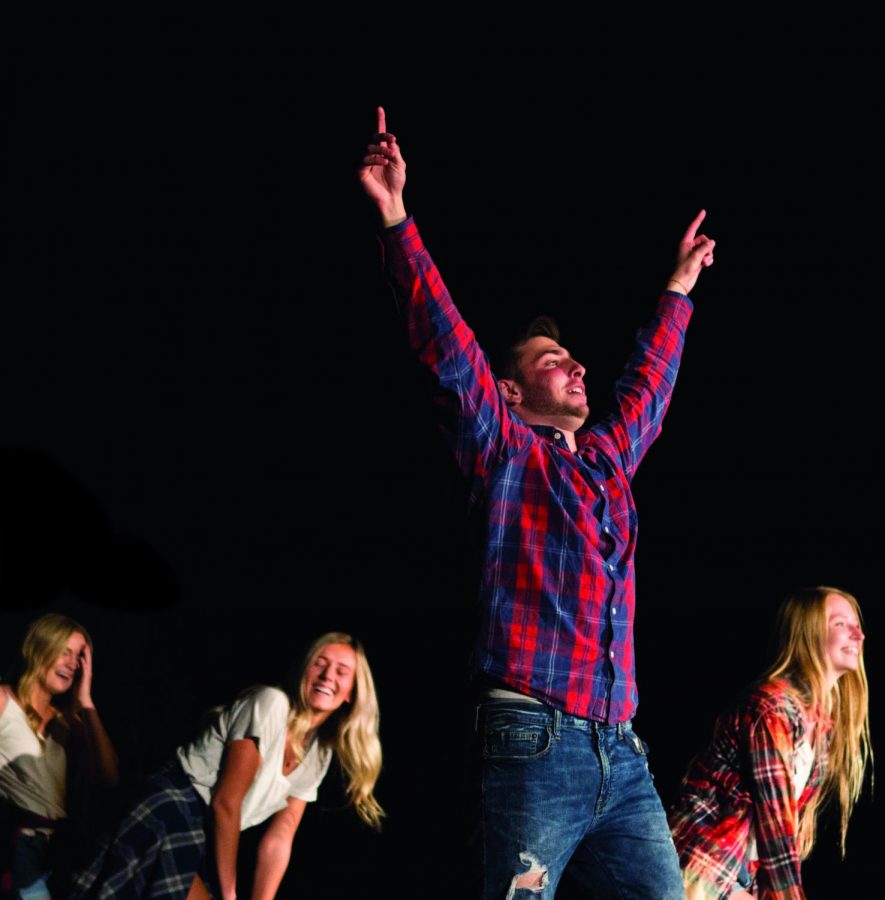 They started with “Over” by Drake, transitioned to “Stronger” by Kanye West and finished with “All I Do Is Win” by DJ Khaled.

Members of the Alpha Gamma Delta sorority paired with members of the Sigma Nu fraternity for their performance of “The Git Up” by Blanco Brown.

The performances were one-minute long each.

He said the group met Sunday, Tuesday and Thursday for about 30 minutes each.

“We got the dance down, got the lip syncing down and just tried to get some chemistry with the (Alpha Gamma Delta) girls,” King said. “We just took a fun approach to it. We didn’t take it too seriously and we had a lot of fun doing it.”

King said the members of Alpha Gamma Delta came up with the idea to perform to “The Git Up” and choregraphed the dance.

The performance ended with a back flip from Brett Spata, sophomore exercise science major and member of Sigma Nu, which earned a gym full of cheers from the crowd.

King said he was excited to find out his group won the battle.

“I didn’t even know we got a trophy until I saw it right there, so it was pretty cool,” King said. “I enjoyed going out there. It was a fun thing to do and it shows school pride.”

“I helped do the fine-tuning,” Crow said. “I played the Miller to (Brown’s) Abby Lee.”

“I think the most fun part and the best part was the bloopers that we had because we all have the nicknames on the backs our sweatshirts from practice,” Crow said.

Crow’s nickname was “Miller” as part of her “Dance Moms” reference with Brown.

Nicole Wheatley, senior family and consumer sciences major and member of Alpha Sigma Tau, was also known as “Flipzz” because of the cartwheel she did during the performance.

“I was nervous leading up to it, but I’ve been a cheerleader (and) I’ve done air band, so I wasn’t too nervous when I got on stage,” Wheatley said. “I felt good honestly. I was in the front the whole time so I couldn’t see it, but I heard that we did really good and I watched some videos. I feel proud of us.”

Crow said the group practiced four to five days a week for two to three weeks.

Both Crow and Wheatley said they would participate again next year if they were not graduating.