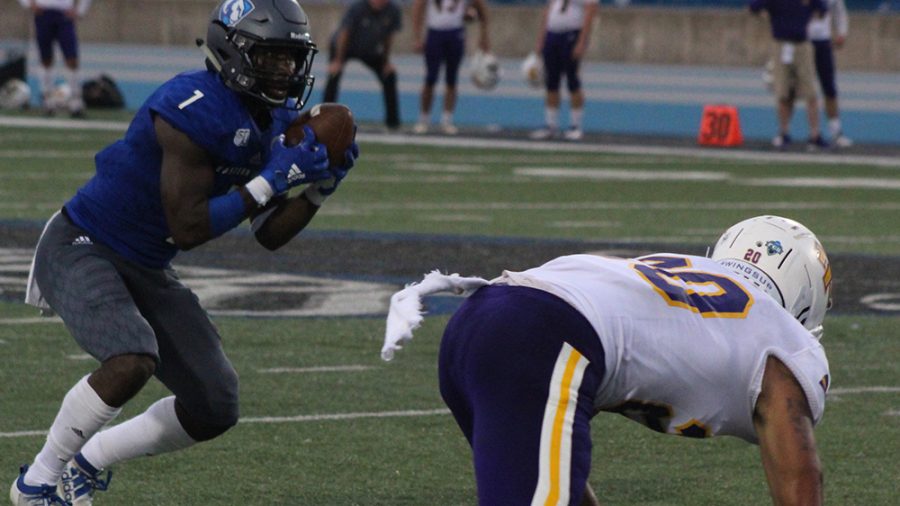 If there was anyone whose wish before the football season started was to have the Ohio Valley Conference be as weird as possible, well that wish has been granted.

Eight weeks and four conference games in, the OVC is looking mighty bizarre.

Yes, the OVC to this point has not played out in the way that anyone could have imagined, with some teams prospering in the weirdness and others faltering.

Tennessee-Martin, of course, has relished in the bizarreness that has been the OVC this season the most. The Skyhawks, who won just two conference games last season, sit atop the standings this season with a 4-0 conference record.

Tennessee-Martin still lacks the statement win it needs to make true believers out of everyone in the conference, and its Saturday win over Eastern, 27-18, certainly was not that win, but the Skyhawks will have a chance to prove their legitimacy in week nine against Southeast Missouri on the road.

Which brings us to Southeast Missouri, another team that finds itself mixed up in the wonkiness of the conference this season.

The Redhawks sit in third place with a 2-1 conference record (Austin Peay, also 2-1, holds a tiebreaker) and have a chance this weekend to really send the conference into a tailspin by beating Tennessee-Martin.

Southeast Missouri has beaten Tennessee Tech and Jacksonville State (we will deal with them later) this season, but its lone loss came against Austin Peay (also 2-1), which puts Southeast Missouri in third place.

However, a Redhawks win over Tennessee-Martin this weekend creates a scenario where three one-loss teams will sit at the top of the standings, jockeying for position.

And Jacksonville State (2-2 OVC)… Oh, how the mighty have fallen.

The four-year reigning conference champions suffered their second loss of the season this past weekend to Southeast Missouri 24-21 and no longer resemble the team that once won 30-plus conference games in a row.

At 2-2, the Gamecocks are not out of the conference race, but considering their two losses have come to Austin Peay and Southeast Missouri, Jacksonville State will need a lot of help from other teams to win a fifth OVC title in five years.

But help is on the way for the Gamecocks! And in the form of… Tennessee State? Yes, Tennessee State, who came into week seven just 1-6 overall and 0-3 in OVC play gave the Gamecocks a slice of the help they need by upsetting Austin Peay 26-24 Saturday.

The upset is as surprising for Tennessee State, who have struggled at just about everything football related this season, as it is troubling for Austin Peay.

The Governors, who have beaten both Jacksonville State and Southeast Missouri this season, really had a chance to make some noise as the conference’s top team this season, but a loss to Tennessee State put the brakes on that conversation for now.

Eastern Kentucky (2-1 OVC) has also quietly stuck around near the top of the standings. The Colonels are coming off a 34-27 win over Murray State on Saturday and will figure to move to 3-1 after a game this week against the winless Panthers.

A loss to Tennessee-Martin remains the only blemish on Eastern Kentucky’s resume for now, and time will tell where the Colonels rank and file with teams like Austin Peay, Southeast Missouri and Jacksonville State.