Joaquin Phoenix blew viewers away with his portrayal of comic book icon Joker in the 2019 film of the same name. 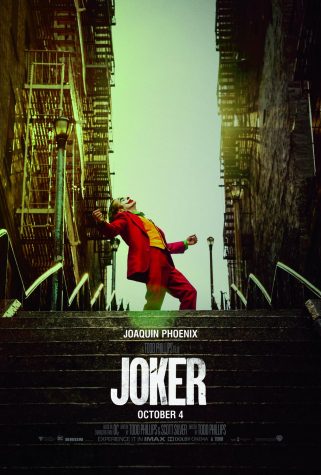 Audiences were pretty split after the film’s Oct. 4 debut because of its unusual depiction of the Joker.

Instead of seeing a raving, hysterical, maniacal clown sabotage vigilante Batman, we see something much more relatable: a severely mentally ill man abandoned by family, friends and society.

Many critics of the film argue that seeing the Joker in a more sympathetic light can be problematic because he’s the “bad guy.”

Let’s face it; he does kill innocent people. But is feeling sympathy for a morally gray (to put it lightly) character a problem? Or is it a result of good storytelling?

Guest podcaster Elizabeth Taylor and Popcorn Talk co-host Logan Raschke can attest to both sides of the “Joker” film debate.

“Popcorn Talk” is a 30-minute long podcast dissecting movies and providing a decent review that will at least help you decide if a movie is worth seeing or not.

In this eighth episode of “Popcorn Talk,” Logan Raschke, a senior journalism major at Eastern Illinois University and Fall 2019 managing editor for The Daily Eastern News, and Elizabeth Taylor, a journalism major and staff reporter for the DEN, analyze “Joker.”