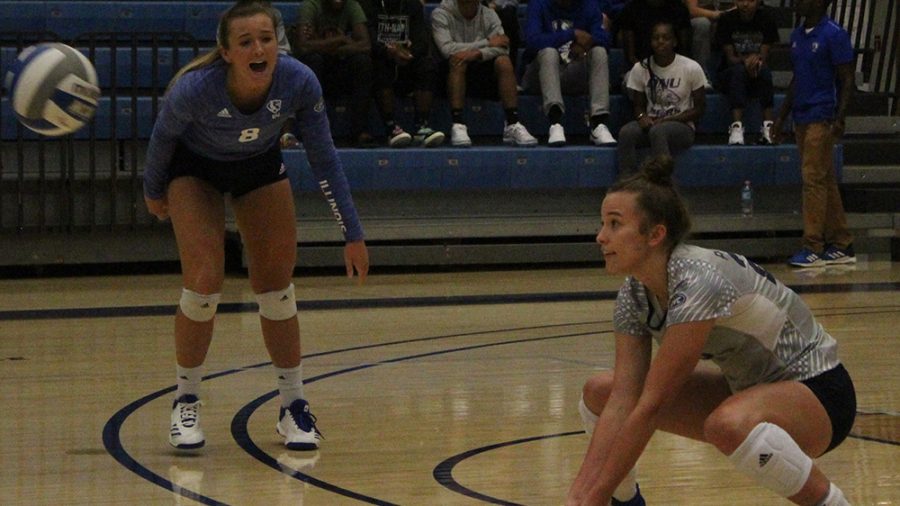 For the third straight week to begin conference play, the Eastern volleyball team lost a pair of OVC matches in straight sets.

The Panthers (1-17, 0-6) have lost all 18 sets against OVC teams this season after winning their last match of the non-conference schedule against Robert Morris Sept. 21.

The first set was close against Southeast Missouri and was tied at 21 before the Redhawks closed out the set on a 4-1 run. The Panthers lost 25-16 in each of the next two sets.

Eastern performed better against Tennessee-Martin, hitting .207 in the match and limiting its attack errors to just 15, only one more than the Skyhawks.

But the Skyhawks still won in straight sets and hit .360 in the match.

In the first set, the Panthers seemed to struggle with their first pass off Tennessee-Martin serves, something that got more consistent during the match.

Allen also said that, despite the loss, she was pleased with the play of senior Katie Sommer and redshirt sophomore Kylie Michael.

“Katie did a good job of choosing her opportunities,” Allen said. “She did a really good job the whole match and did a good job putting pressure on (Tennessee-Martin) on the right set of the court.”

Michael had a season-high 10 kills and 10.5 points in the match, and Allen said that a lot of the shots that Michael relied on to get points are things she has been working on in practice.

“We just keep working on our game and getting (the team) more tools in their tool boxes,” Allen said. “It was pretty amazing to see those shots in play.”

Eastern plays at home Friday against Tennessee Tech (8-11, 4-2) and Saturday against Jacksonville State (11-7, 5-1). The Panthers will then hit the road for the next four matches.