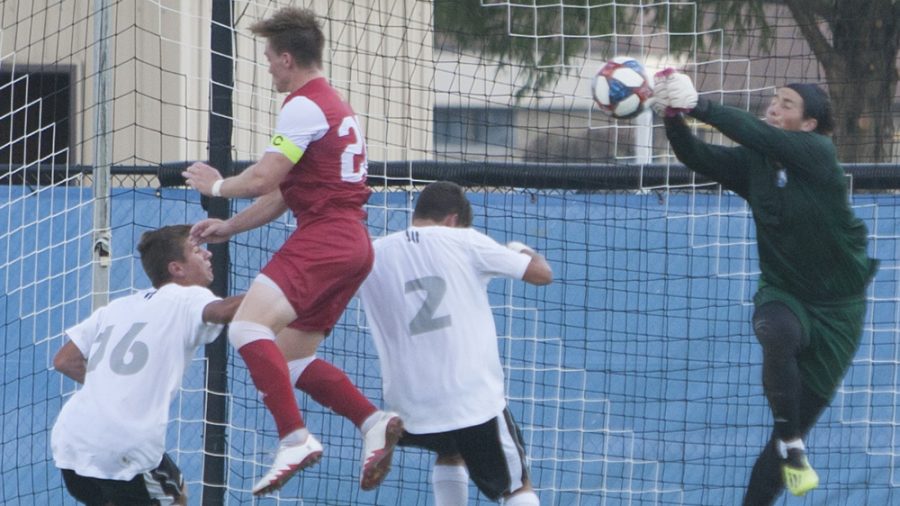 The Eastern men’s soccer team wants to put its loss against Oral Roberts aside and look toward its next game against inter-state rival Northern Illinois.

Against Oral Roberts, the Panthers gave up a goal late in the first half when Oral Roberts and Summit League leading scorer Reed Berry scored off a quick cross to make the score 1-0. The goal was Berry’s ninth of this season.

In the second half Oral Roberts scored early when Tanguy Guerinenau took a shot from the top of the box and scored it to make the score to 2-0 in the 52nd minute. Despite being down 2-0 the Panthers did not give up.

On defense, Burke, along with senior Edgar Mesa, freshman Quinn Rechner and freshman Delphy Sabu, kept their composure for the back line.

The defense only allowed two shots the remainder of the game while each of the three defenders controlled their areas.

Burke and Mesa were the lone veterans on the defense going into the season. In 2019, Sabu and Rechner have been integrated into the defense and are playing their roles for the Panther defense.

“I think we are developing very well but there are always areas to improve,” Burke said. “Communication is something we are good at but could improve. Being a cohesive unit leading the guys in front of the back line is what we need to work on.”

Northern Illinois is 4-6-1 so far in 2019 and has scored 13 goals on the season. Their leading scorer is Nick Markanich with four goals scored.

Against Northern Illinois in 2018 the Panthers lost 2-0 at Lakeside Field.

Northern Illinois shot nine times with seven of those being shots on the goal. The Panthers shot three times with none of those going on goal.

The Panthers have combined for 10 goals with eight of those goals being scored in the second half. The Panthers have had the theme that anyone can play a big role for the team when being held accountable for their actions and work.

“Leading the team is not hard when everyone is taking accountability for their actions and their work,” Burke said. “We have plenty of leaders on this team so the standard is always high and what keeps our team drive up.”

This year the Panthers will play their non-conference opponent on the road in Dekalb, Illinois on Tuesday at 3 p.m.

“We are looking forward to our next contest vs interstate rivals Northern Illinois,” Burke said. “We always have a battle with them and this game is going to be an important one for us to get some momentum for the big conference game coming up next week.”