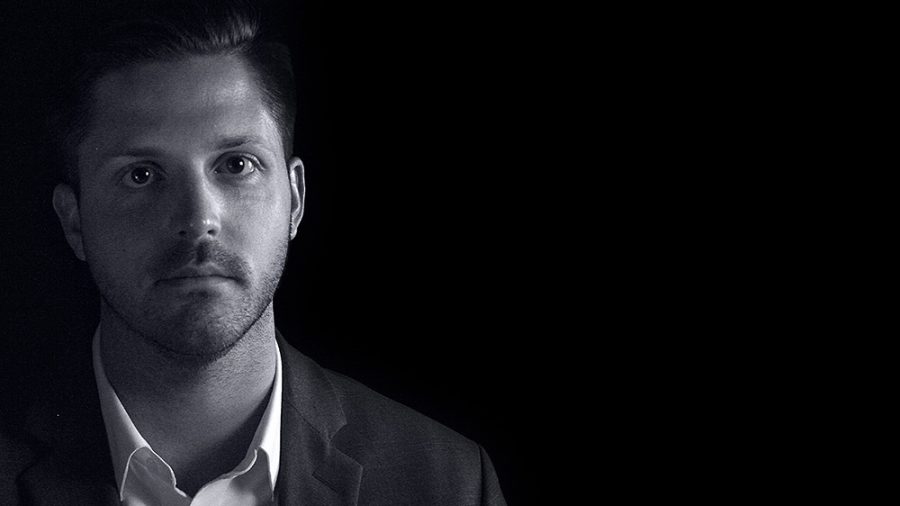 Pictured is Robert Downen, a reporter for the Houston Chronicle and Eastern journalism alum. Downen was key in publishing a series entitled "Abuse of Faith," uncovering decades of sexual misconduct within the Southern Baptist Convention. Downen came to Eastern to speak with students about his experiences as an investigative journalist.

Robert Downen, a 2014 graduate of the School of Journalism, was named Journalist of the Year by Eastern’s journalism division for an ongoing series entitled “Abuse of Faith,” covering 20 years of widespread sexual abuse and misconduct among one of the largest denominations of Baptists in the U.S.: the Southern Baptist Convention.

Downen was brought back to Eastern as a part of the Fox-Thornburgh Visiting Professionals series, which brings professionals to campus to speak to students about topics they are well versed in.

Downen, a reporter at the Houston Chronicle, was a part of a team of journalists that exposed inaction on the part of church leaders.

The investigation Downen was a part of found:

• At least 400 church leaders or volunteers were credibly accused with at least 700 people being victimized since 1998.

• Over 220 church leaders or volunteers, including 100 youth leaders, have been charged, convicted or took plea deals.

• Many still had the jobs they had before accusations and convictions, including a preacher from Houston who sexually assaulted a teen that had later founded a non-profit that works with groups for students called “Touching the Future Today.”

• Church leaders had been warned about many accusations and convictions but did not act.

“We chose to focus on 1998 as our cutoff date because it made a good bookend between 2018 and 2008 when activists and survivors of sexual abuse had made their biggest, strongest, loudest plea to leaders of the Southern Baptist Convention to adopt reforms to prevent all of this stuff or at least stymie it,” Downen said. “Those proposals were pretty much universally rejected.”

Downen said the most important part of the series was its effect on survivors.

“For some of them, it was fatal; for some of them, they died in drug overdoses, suicides, went on paths of self-destruction from which they never really recovered,” Downen said. “For others it was drugs and alcohol, it was prison, it was all of these things. Their faith shattered, their ability to trust in authority figures or systems or anybody who is saying they’re looking out for their best interests; those abilities to trust in those relationships were absolutely devastated.”

However, some audience members were interested in how covering others trauma impacted him.

“During my reporting of (‘Abuse of Faith’), for the first few months, I was also covering murders and mayhems. I was probably the third reporter at Santa Fe High School the day someone killed 10 kids there,” Downen said. “My way of dealing with all of this stuff was to continue working to exhaustion.”

Downen said he has had conversations with a colleague who has covered similar topics about the effect covering trauma can have on journalist.

“Many journalists are not equipped to deal with writing about trauma and the trauma that they actually take on in doing this kind of work,” Downen said.

Downen said reporters seem to take on the stigma that journalists have to be overworked.

“When you think about that in the context of how young journalists are often moving to a city where they’ve never been, where they don’t know anybody and have no support system, where they’re working long hours, where they’re kind of isolated and they’re covering murders and all of these really just horrific things, it’s a great recipe for burnout at best if not total breakdown,” Downen said. “You see a lot of people go through that.”

Downen said he was happy to see an increase in awareness of the effect covering trauma can have on reporters.

“I think we’re kind of like the Southern Baptists in ways with trauma in that just the idea that we’re having the conversation and recognizing the problem is a baby step, maybe not a great one, but it is a step forward,” Downen said.

Lola Burham, Interim Director of Student Publications and editorial adviser to The Daily Eastern News who taught Downen, was emotional when introducing him to the audience.

Burnham said: “At its core, good journalism is about public service, the truest, highest calling to serve your fellow humans by exposing wrongdoing whether in government life, private life or even in religious life. By shining a light on what is wrong, by opening their fellow human’s lives to what is wrong, journalists bring our society’s shortcomings into sharp focus. Through their work we can see evil and call it what it is, and that is the first step in confronting it, and, we hope, ending it and repairing the brokenness that it leaves behind … Tonight, we recognize one young journalist for doing good, solid journalism.”

Downen said the reason he decided to come back to speak to students was because he feels he owes a lot to Eastern and the journalism department for the training he received.