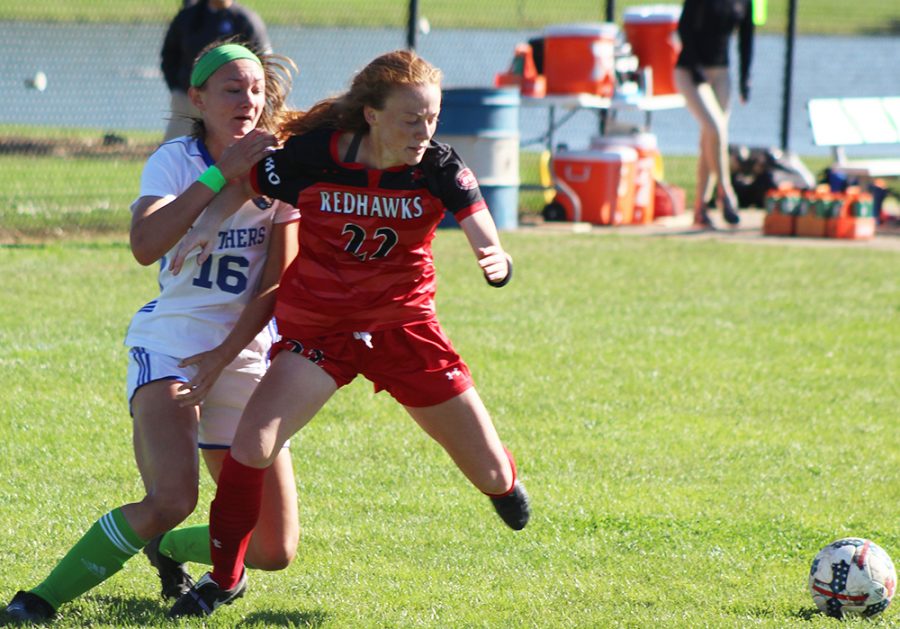 Topping the Eastern women’s soccer team’s rise and late-season thrills from last season might be tough for the current squad, but the spectators that watched in 2018 will recognize plenty of familiar faces trying to do just that.

Out of the 21 players on the Panthers’ roster this year, 13 of them hit the pitch for Eastern last season, including all five top point-getters.

Atop that list, junior Haylee Renick returns after posting four goals last season, and she says the continuity could help in a big way in terms of getting back to form.

“We clearly have people who can put the ball in the back of the net, so it’s just about grinding and fixing the little mistakes and kicking off the rust that was accumulated over summer,” Renick said.

Two of Renick’s four goals came in a six-game stretch to end the regular season, during which Eastern dropped just one game and managed to set a matchup with Southeast Missouri in the Ohio Valley Conference Tournament.

The Panthers took a lead into the half at Lakeside Field, but a Redhawks score knotted the game up at one and drove the contest all the way to penalty kicks after two scoreless overtime periods.

Down 2-0 in the shootout, Eastern responded in a big way with two stops from now-senior goalkeeper Sara Teteak and three straight converted penalty kicks to move on to the next round.

Murray State finished off the Panthers in the OVC semifinals, leaving Eastern with a 6-8-6 record overall and a 4-3-3 clip within the conference.

The Panthers found most of their success on the road, however, finishing 5-3-3 in away matchups while the team nabbed just one win in nine tries at Lakeside Field.

In fact, the only OVC road folly Eastern suffered in seven contests was the tournament loss to Murray State, giving them a +4 goal differential in those games despite holding a -6 goal differential on the season as a whole.

Renick said the team is looking to start the year with the same cohesion and force it found last season.

“I think team bonding off the field is going to help with that as well as just pushing everyday in practice to fix every little thing we can,” Renick said. “This preseason, we started in a way better place tactically than we did last year, so I think everyone coming in ready for this season is going to make the process of finding our groove a lot quicker.”

The Panthers’ received a fifth-place prediction from the OVC preseason poll despite a third-place finish last season.

The four teams ahead of Eastern in the polls—Murray State, Tennessee-Martin, Eastern Kentucky and Southern Illinois Edwardsville—combined for just a 1-1-2 record against the Panthers last year.

Senior Lindsey Carlson was named a Player to Watch on the poll after being named to the OVC All-Tournament team and receiving two OVC Defensive Player of the Week honors last year.

The team kicked off the season with a 4-0 loss in an exhibition with Northern Iowa on Sunday, and the Panthers return home for an exhibition against Northern Illinois Friday at 3 p.m.

The team’s season opener is next Friday at 4 p.m. at Ball State.

The home opener for the year takes place Sept. 8 at 3 p.m. against Purdue-Fort Wayne at Lakeside Field.