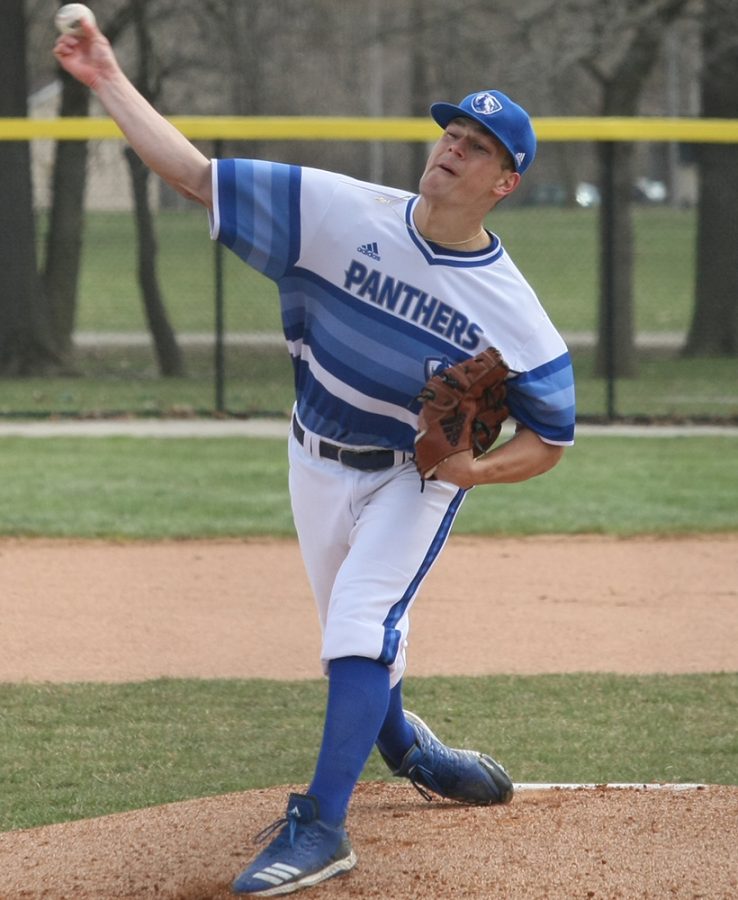 The 28th game of the season ended in the worst offensive performance by Eastern’s baseball team in a 3-0 road loss to Illinois State (14-13).

Eastern (14-14) only registered three hits in the nine innings Tuesday and suffered its first shutout of the season.

On the other side of Eastern’s hitting was Illinois State’s pitcher Brett Wicklund, who only had three hits too much for a perfect game against Eastern.

Previously, the lowest-scoring performance Eastern put on was scoring one run against Murray State March 16 and against Southeast Missouri Monday.

The Panthers also did not draw any walks in Tuesday’s contest, but, on a good note, they only struck out three times.

Wicklund threw the complete game shutout for the Redbirds. Wicklund improved to 3-1 on the season and only gave up one extra base hit, which was a double hit by Eastern’s Hunter Morris.

Wicklund was consistently strong throughout his game on the mound, getting Eastern’s batters out 1-2-3 in six of the nine innings, giving up one hit only in each of the three other innings.

In fact, Wicklund finished the first four innings of Tuesday’s game with a perfect game in the works.

“(Illinois State) had been struggling as a team and I think they had a guy on the mound that just decided that they were not going to lose today,” said Eastern head coach Jason Anderson. “he pitched well and their team fed off of it by making some tremendous plays.”

The one near blemish on Wicklund’s performance came in the seventh inning.

Morris batted second in the top half of the seventh, after Grant Emme grounded out to third to lead off the inning.

Morris hit a double into the left center gap, giving Eastern its first, and what turned out to be its only, real chance to score.

Ryan Knernschield followed the double with a fly out to right field, which Morris tagged on and advanced to third base.

But Morris found himself stranded at third to end the inning as Christian Pena grounded out to second base for the third out.

The only other hits Eastern recorded were singles from Pena in the fifth inning and from Emme in the ninth inning.

Both were stranded at first base to end the respective innings, as the batters behind them all fell victim to Wicklund.

Despite not getting its usual run support from the offense, Eastern’s pitching staff threw a good game Tuesday.

Jack Wolfe started the game for Eastern, only going three innings while giving up three earned runs, one walk and striking out two batters.

The only inning that resulted in Illinois State runs was the third.

Wolfe gave up a single and a walk to start the third inning (with one out in between), and Joe Aeilts singled to center field to score the Redbirds’ first run.

Then, one out later, Gunner Peterson doubled to right field to bring in Aeilts and Jordan Libman.

Other than the big inning for Illinois State, though, Eastern’s bullpen pitched a good game in relief.

Will Klein started the fourth inning for Eastern and lasted three whole innings, giving up one hit, three walks and striking out one batter.

Then, to close out the game, Blake Malatestinic and Alex Stevenson each pitched one inning. Malatestinic gave up just one hit, two walks and struck out two batters.

Stevenson struck out two batters and did not let anyone on base in the eighth inning.

“The pitching was pretty good today,” Anderson said. “Our bullpen pitched around some defensive mistakes and gave our offense a chance to come back. We were just not able to get anything going at all.”

Eastern has its fifth game in four days Wednesday, a home game against Illinois College at 3 p.m.