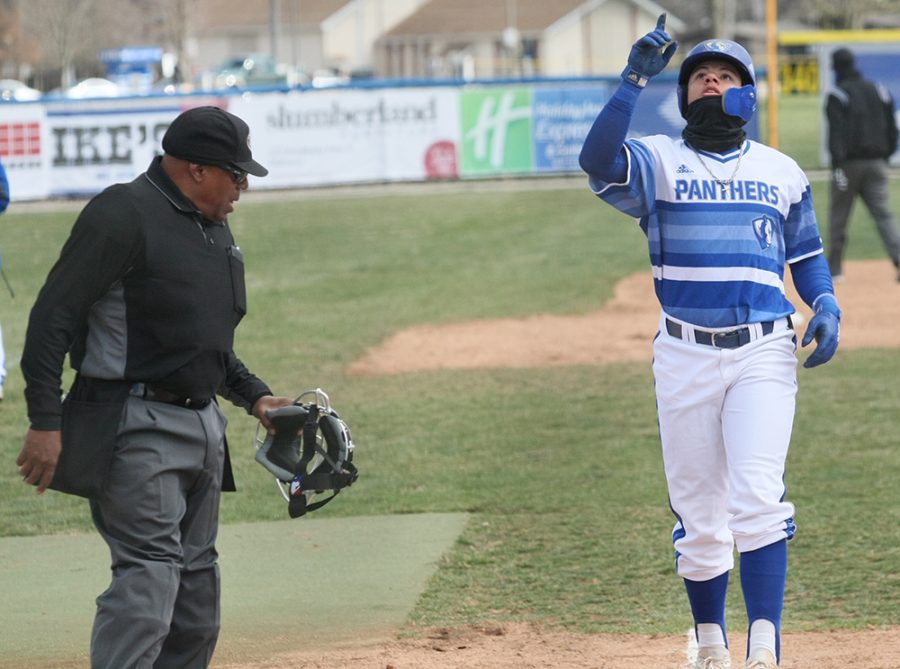 The Panthers fell to Southeast Missouri 10-9 in the 10th inning during Eastern’s OVC home opener Sunday.

Sophomore Tyler Wilber hit the go-ahead home run for the Redhawks (14-12, 4-6 OVC) in the top of the 10th inning off Eastern junior Alex Spahman, his only earned run allowed over three innings of work.

The momentum appeared to be in the Panthers favor heading into the 10th, though. Eastern got two free runs in the eighth after Southeast Missouri walked one batter and hit another with the bases loaded, which allowed freshman Grant Emme and senior Hunter Morris to score with ease.

Next inning, Morris found his way around the base path again with a three-run home run to center that knotted the game up at nine runs apiece.

The Sunday slate was originally planned to be the capstone in the three-game series with the Redhawks, but inclement weather postponed both Friday and Saturday’s matchups, leaving the team with a doubleheader Monday to close out the home stint.

Junior right-hander Michael YaSenka took the hill to start for the Panthers, and he made it through four innings without surrendering a run.

However, the next few innings were not as kind to YaSenka, as Southeast Missouri managed to earn five runs off him over his last seven outs, tacking on four more off sophomore Blake Malatestinic in just 0.2 innings of work.

The Redhawks pitching had its fair share of difficulty as well, with all but one of the five Southeast Missouri players to hit the mound allowing at least one run.

Junior Dylan Dodd started the game for the Redhawks, making it through five innings and allowing three earned runs in the process, and each of the next four pitchers for Southeast Missouri came out of the game in under two innings played.

That was in large part to some strong batting from Eastern, including junior Christian Pena who broke the 0-0 tie in the fourth inning with a solo shot en route to a two-for-four day with two walks also.

Junior Matt Waznis also continued his hot play with a one-for-two day featuring two RBI, including a sacrifice fly out in the seventh inning brought Eastern back to within five.

Senior Jimmy Govern had an overall quiet day going one-for-six, but he did manage to drive in a run in the sixth to keep Southeast Missouri’s cushion to just one for the time being.

The Panthers suit back up for the doubleheader with the Redhawks Monday at 11 a.m. with the second game’s start time yet to be determined.