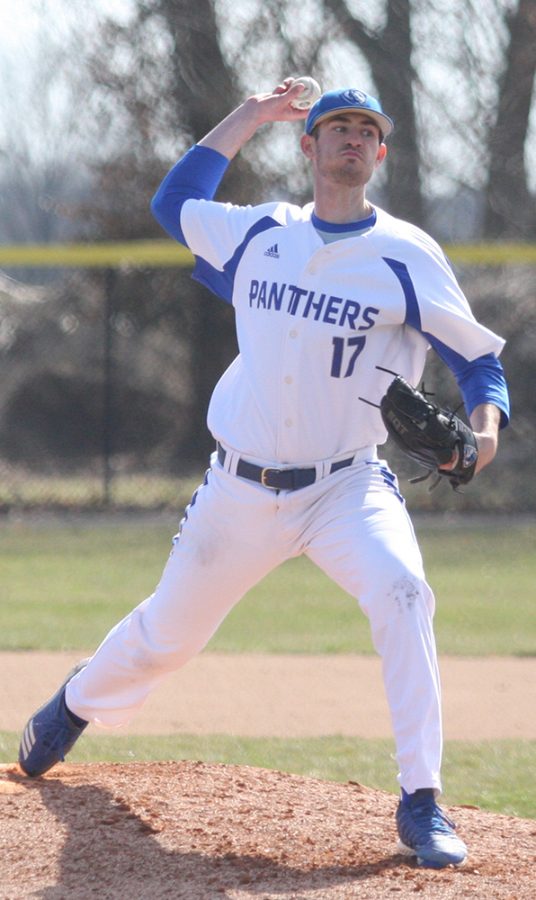 Twenty-four games into the season, the Eastern baseball team is getting closer to a place it needs to be at: Specifically, its pitching.

One minute looking at the team’s results online and it is clear that the offense has produced, but the other teams’ offenses have produced just as well if not better at times.

What that points to is some inconsistencies in the pitching staff, which started the 24 games this season on a rough note.

Even so, the reason Eastern has won games this season is because its hitting, which has opponents’ ERA at 5.28.

Back to the Panthers on the mound, they have given up more than 10 runs in eight games (one-third of the total games played).

Yet, at the same time, in 14 of Eastern’s games, the pitching staff has allowed only five or fewer runs. While five seems somewhat high, the conference average for runs given up per game is 5.97.

Not to mention, Eastern’s newly-inducted offensive strategy for this season has paid off, averaging 6.92 runs per game, which so far has been able to make up for what the pitching staff has give

Tuesday’s performance was a bump in the road for the improvement the team has seen recently (gave up 14 runs to Robert Morris), as Eastern held opponents to five or fewer runs in four of its last six games.

In fact, one of those games was a combined shutout against Butler, two of the games saw opponents only score two runs and the fourth game’s result showed Eastern’s foe scored five runs even.

Conversely, the other two games were the explosion by Robert Morris (nine runs in two innings), and a 12-run performance, with a near comeback in the late innings by Tennessee Tech.

This inconsistency is something bewildering almost, yet it is easily identifiable.

Tyler Jones struggled in his first starts of the season, but performed masterfully on the mound against Lindenwood-Belleville Wednesday.

In eight innings, Jones only gave up four hits and two walks, while striking out 10 for his first win of the season (1-2). While his ERA is still up at 6.84, he settled in against Lindenwood and now has momentum.

But, looking at Panthers who have come in as relief (who have appeared in at least five games), the average ERA of those pitchers is 6.21.

This weekend is a chance for the pitching staff to get settled in and start preparing for the rest of the season even more so.

Southeast Missouri comes to Coaches Stadium this weekend, starting Friday, for a three-game series. The Redhawks are fourth in the conference in team batting average (.269) and are disciplined hitters, leading the conference with 137 walks.

They also have the second-fewest amount of strikeouts as a team (171) in the OVC.

With the home-field factor backing up the Panthers, this weekend could be pivotal for the team’s pitching staff to tie off any loose ends against a god hitting team.