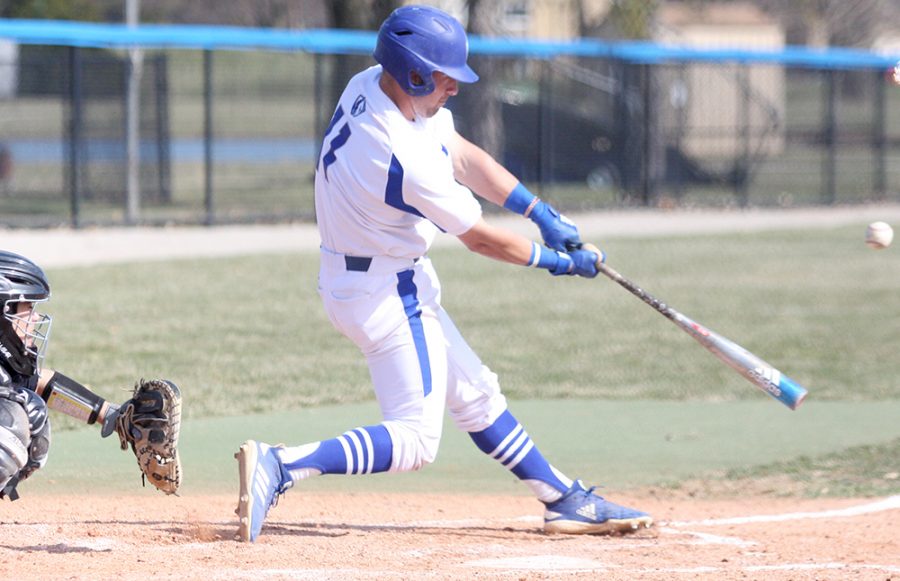 The Eastern baseball team must not have been satisfied with the loss in their home opener on Tuesday because the Panthers came out hot and secured a 5-2 win over Lindenwood-Belleville at Coaches Stadium Wednesday.

Coming into the contest, senior pitcher Tyler Jones was not throwing the best of his Eastern career, but he turned that around in a big win, allowing just four hits in eight innings pitched with no earned runs and 10 strikeouts to boot.

The start was Jones’ first of the year to go beyond the fourth inning, and it will certainly help lower the 6.84 ERA he held going into the game.

It was early offense that helped propel the Panthers, as a four-run first inning, which included an RBI double from redshirt senior Hunter Morris and a throwing error by the Lynx, to add in two more just a few at-bats later.

One of the biggest hitting contributors for Eastern was junior Ryan Knernschield, who went a perfect 4-of-4 with two runs on the day.

After tacking on another run in the third off the bat of junior Matt Waznis, the game was on cruise control with Jones dealing on the hill and the Eastern offense quieting down until the bottom of the ninth.

Berry retired just two batters and allowed two runs after facing five batters, and Anderson turned the ball over to sophomore righty Blake Malatestinic to secure the final out of the game.

Malatestinic allowed a single to advance the runner to third, and one wild pitch later, the tying run was at the plate with two in scoring position.

The comeback for Lindenwood-Belleville was not in the script though, as the Lynx junior Kellan Murray went down on strikes to end the game and award the Panthers their first home win of the year.

Eastern is now a winner of five of its last six contests as the team clawed back to an even 12-12 on the year.

Through 24 games last season, the Panthers sat with a record of 9-15 overall, so the improvements are showing.

Eastern gets back to OVC action this Friday as the team kicks off a three-game series with Southeast Missouri at 3 p.m.