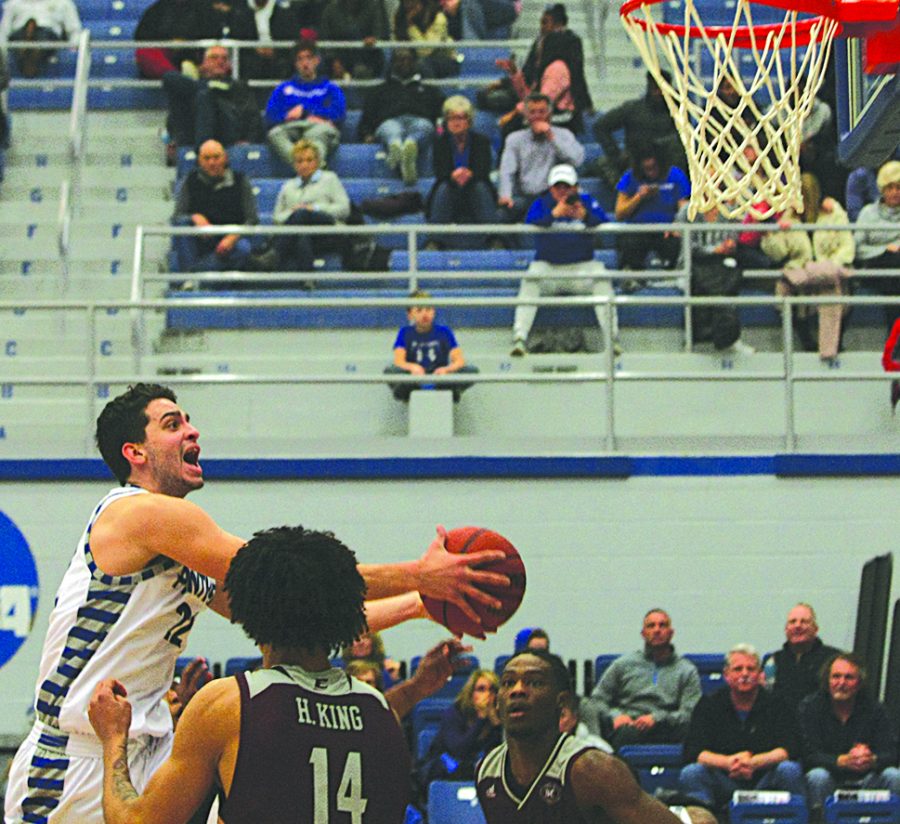 The win was a special one for Belmont head coach Rick Byrd, as it was his 800th career win in his 33rd year coaching at Belmont. He is the fifth active coach to reach the milestone.

Belmont scored everywhere in the game, but what killed Eastern were runs Belmont made late in the first half and early in the second half.

Belmont ended the first half on a 19-3 run, only ended when Mack Smith made a three-pointer that was the last bucket for either teams in the half.

If there was any chance for Eastern to come back from the 53-29 halftime deficit, it was crushed by an 11-2 run Belmont had early in the second half.

After that point, Belmont grew its lead to 40 and Eastern still did not get much offense going at all.

But that first half run was the beginning of the end for the Panthers.

The Bruins also executed an 11-2 run early in the first half, giving themselves a 14-4 lead, but Eastern slowly came back over the next seven minutes and got to within seven points, 31-24, before the Bruins took off at the end of the half.

Eastern has had trouble stopping and responding to runs all season, and when the Bruins made their 19-0 run, Eastern had no answer on offense.

The Panthers’ wasted a lot of their possessions, a couple from turnovers, but a majority from shot selection.

Eastern’s offense became stagnant and became a strategy of whoever had the ball to usually try to score themselves.

Not a lot of ball movement happened and most of the shots Eastern attempted were either forced or toughly contested.

Eastern missed seven shots during Belmont’s big run at the end of the half, and Kashawn Charles and Cam Burrell each had a turnover.

Early in the half, Eastern’s offense moved the ball more and was able to get easier shots and even shots in the lane.

On the Panthers’ journey to climbing to a more manageable deficit of seven points, they scored eight points in the paint.

After that point, Belmont’s defense stiffened up and made Eastern work away from the lane and take tougher shots.

“I thought Belmont guarded us really well, but we didn’t react to it the way we should have,” Spoonhour said.

On the flip side, Belmont made nine threes against Eastern’s conference-worst three-point field goal percentage defense, but what killed the Panthers was Nick Muszynski.

Muszynski had 12 of his 14 first-half points in the paint, having his way the whole time.

Eastern put its best interior defender, Aboubacar Diallo, on him in the post, but Belmont’s passing to Muszynski inside, and Muszynski’s craftiness, got around Diallo.

And while Diallo is good defensively, he does not help the offense much, so Eastern had to take him out at times and that gave Muszynski even more room to operate.

Muszynski ended the game with 18 points, and Belmont’s best player and the preseason favorite to win the OVC MVP, Dylan Windler, scored 22 points and had seven rebounds.

“That is an extremely good ball club, and we needed a much better performance than what we gave,” Spoonhour said.

For Eastern, Rade Kukobat lead with 11 points, and Mack Smith was the only other Panther in double-digits scoring wise (10).