With no Akers, Emanuel ready to coach in 1st championship 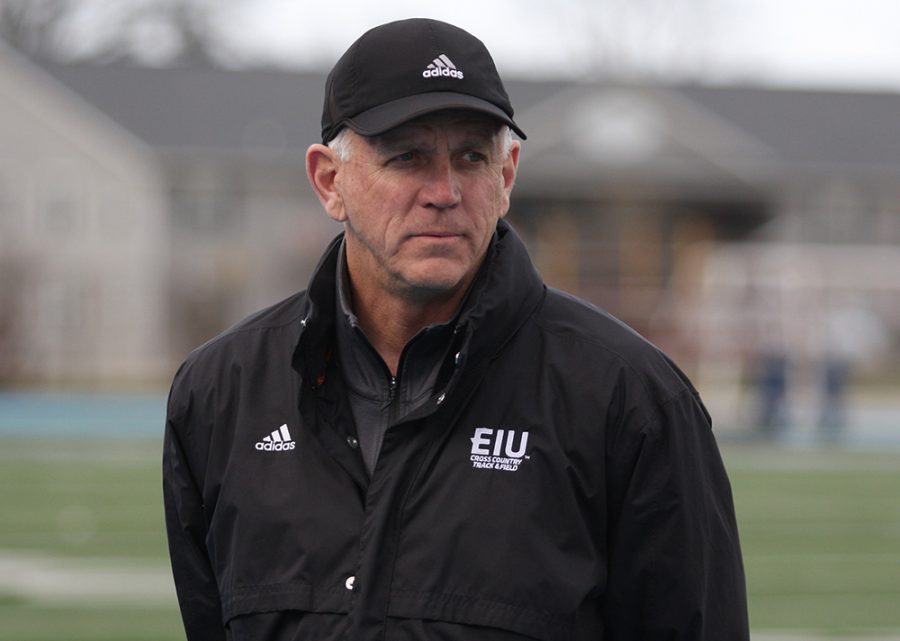 Eastern’s retired track coach Tom Akers stands at a meet last season. Brenton Emmanuel has taken over as head coach for Eastern this season and will coach the team this week in the OVC Championships.

Eastern’s track and field program look to go into the OVC Indoor Championship and come out successful, but for track and field director Brenton Emanuel, who has competed for Eastern as a student, this is his first time in the director’s shoes.

Emanuel’s predecessor Tom Akers won 17 OVC Indoor titles, a flame that Emanuel hopes to keep ignited.  With the help of multiple Panthers currently ranked in the top three in their respective individual events, Emanuel might be able to do just that.

“Like I told them, I’ve thought about this day since the day it was announced I was coming back,” he said. “It’s a very exciting time for me because I want nothing more to make this university, the alums, and Coach Akers proud.”

“Both teams are different, but we met as a family on Sunday before we left on Monday and talked about our goals and what we need to do to have a successful conference,” Emanuel said. “I told them a story of a teammate and current coach on staff, Brad Butler, and how he set the tone for the team back in 2007.”

In 2007, Eastern happened to win that year’s indoor and outdoor championships. Butler was the spark-plug for that team’s success in the indoor championship, having an upset win in the 5,000-Meter Run at Eastern.