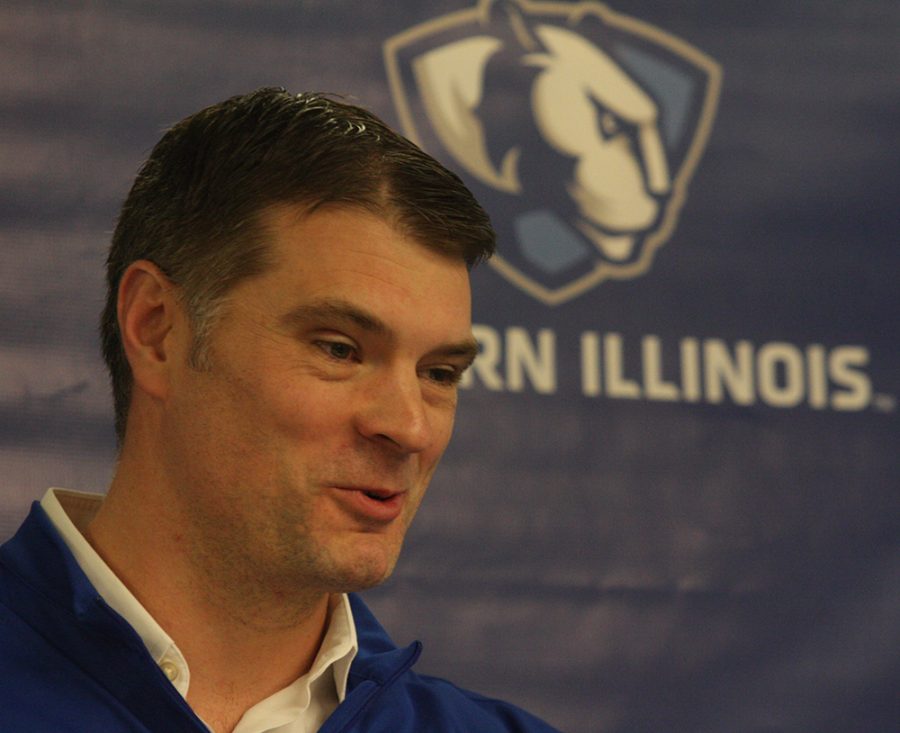 Eastern football’s new head coach Adam Cushing made a lot of promises when he was announced in December. He promised the Panthers would win both a conference and national championship while he was coach and also that he would recruit heavier in the state of Illinois.

Wednesday on National Signing Day Cushing delivered the first of those promises when he announced the signings of 18 athletes from the state of Illinois out of a class that was 26 players deep.

Cushing said “yes” when asked if he feels he delivered on that promise today by signing 18 athletes from Illinois.

“That was plan and again, that’s where I am from and that’s where we are this is our home state,” Cushing said. “We felt like we were going to go out and defend our home territory. We have five coaches assigned to the Chicagoland area and two coaches that have another portion of the state, so we’re going to have coaches in our state all the time recruiting.”

Defensive lineman Dominic Moore, a Chicago native, highlighted the class, the three-star recruit chose Eastern despite having offers from the University of Illinois and other FBS programs.

Moore was the 29th ranked player in the state of Illinois and at 6-foot-7 and 285 lbs is the largest player in Eastern’s class. He had 14 tackles for loss in his senior season at Chicago Perspectives Charter High School.

Cushing described him as a dominating player on the football field.

“I think he has the potential to be that (at Eastern),” Cushing said. “That’s what today is all about, is potential, right? So, I think that if he allows himself to be coached, I know that (defensive line) coach (Deonte) Gibson has been drooling since the NLI came in and the opportunity to work with him and help make him the best he can possibly be.”

Cushing added about Moore; “he is a physical, dominating player that hopefully will do that at our level, but its potential right now, its potential until he shows up here.”

There are seven offensive linemen in the class, the most of any position signed for Eastern. Eastern is losing Aaron Callaway, Josh Doyle, Grant Branch, Eliki Tanuvasa and Joharhi Branch from last season’s line, but despite that, Cushing said adding depth at offensive line was one of his staffs first priorities.

“I think the depth itself, you always have to have enough depth to compete at every position, and just looking at our roster when we walked in the door, it was a huge priority, and you see that with the seven young men that joined today, and we’re ecstatic about those young men.”

Cushing said all seven are physical players and that “some” of them may be ready to step in and help Eastern right away on the line.

“That’s a position that is always a challenge to play young, but I think that we’ve got some really high strength numbers and some really mature young men that have an opportunity to come in and help us,” Cushing said.