A tip of the cap to Ja Morant, crowd pleaser 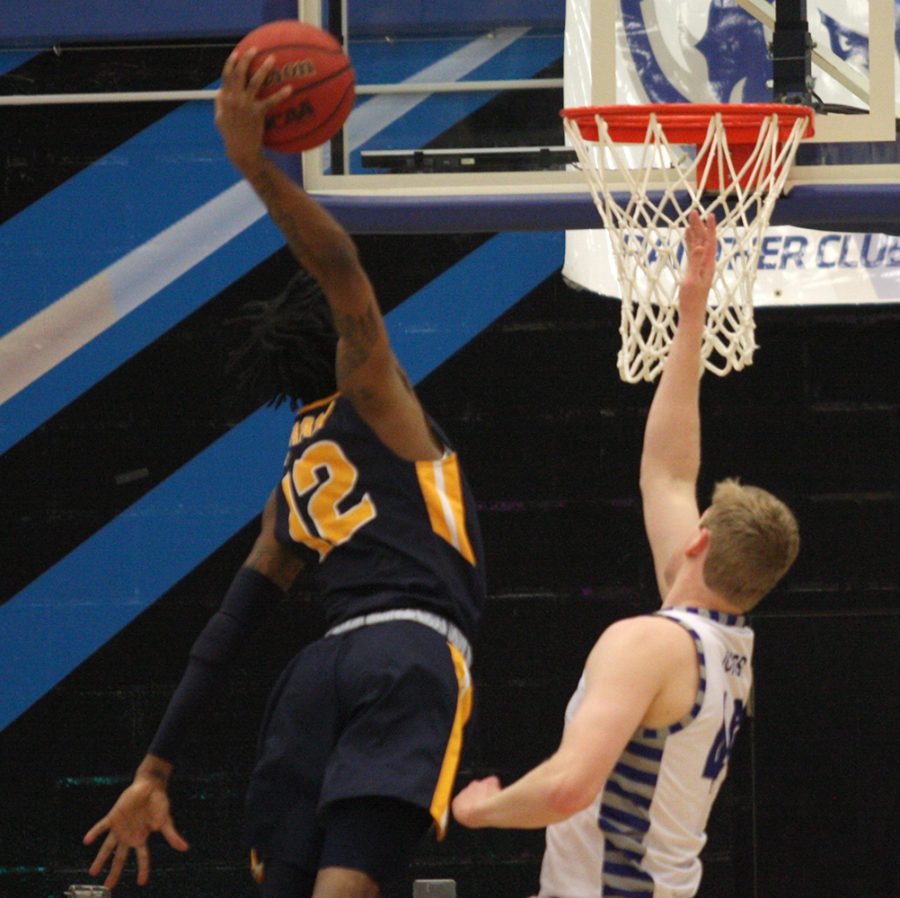 Morant quietly slid up NBA draft boards early this season after games against Alabama and Auburn, and everyone in Lantz Arena knew the weight of this 19-year-old coming to Charleston.

The OVC’s leading scorer was awoken in Lantz Arena with a sea of mixed reactions: loud boos, scattered cheers, and quiet bystanders that will decide his fate in professional basketball.

None of that seemed to matter when Morant opened the game by pulling a three pointer well behind the line, finding nothing but the bottom of the cup just 14 seconds into the game.

He described it a bit more humbly.

“I felt like I was in a rhythm,” Morant said. “I shot the ball real well, and I also got my teammates some open looks and felt like it was a great all-around game for us.”

If Eastern fans struggled to swallow the opening shot, it only got worse for them after Morant converted on all four of his shots from downtown in the first half, sitting for just one of the first 20 minutes of game clock and pouring in 20 points in the process.

In the process, the Murray State phenom dashed the souls of Panther fans again with a twisting reverse layup, a shot that Morant himself probably could not recreate in 100 tries.

Down 48-29 at half, Eastern looked shaken by the play of a guy who will likely share a court with the likes of NBA stars next season.

Suddenly, the crowd seemed to realize it was in the presence of a special type of player.

Morant reminded the onlookers of that with a terrorizing transition dunk to extend the lead to 51-31 just minutes into the second half.

He even admits he heard the clamoring from the turning crowd.

Yet another highlight reel play later, the chanting from the crowd lightened up, simply sitting back and watching Morant leave a stamp on a court he’ll like play in just two times in his collegiate career.

From the bleachers came shouts, saying, “come to the Bulls,” while Chicago’s general manager Gar Forman and president of basketball operations John Paxson sat behind the Racers bench.

With a big enough cushion in hand after 27 points and 9 assists from Morant, head coach Matt McMahon decided to let his leading scorer sit out the last two minutes.

A majority of Eastern fans stayed in their seats, but after witnessing that type of skill level in person, somewhere in their minds, they tipped their hats.