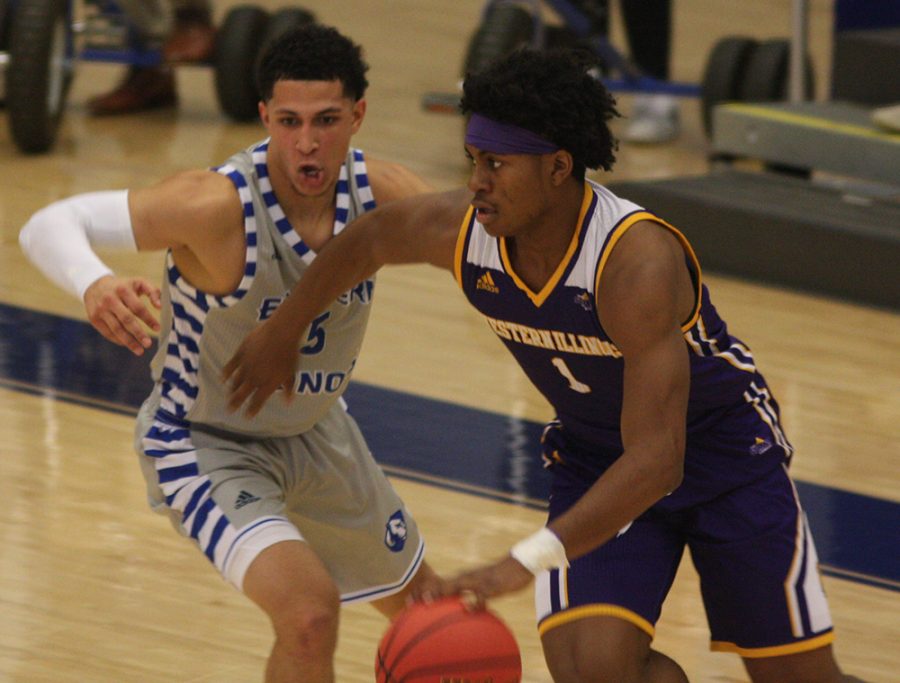 Ohio Valley Conference play continues to heat up, leaving some preseason favorites toward the top of the pack with Eastern trailing just behind.

The Panthers (10-7, 3-1 OVC) dropped a tight game with Jacksonville State last week, but the team responded with a win over Tennessee Tech this past weekend to secure a tie for second place in the OVC.

Eastern has managed to secure four wins in five games and gets to return home for conference play in Lantz Arena for the next two contests as well as four of the next six.

The bad news for the Panthers? One of the most heralded 2019 NBA prospects will be wearing an opposing jersey in the first game back.

Morant posted an all-time Murray State record 18 assists paired with 26 points and seven rebounds in a 98-77 win over Tennessee-Martin, throwing in a monster dunk that rippled through NBA Twitter.

New York Knicks beat writer Tommy Beer tweeted a video of the dunk, saying alongside it, “One could make a very strong argument that Murray State point guard Ja Morant has the highest upside of any player in the 2019 draft class not named Zion Williamson.”

The two other teams atop the Ohio Valley Conference may not boast big NBA prospects, but both match the conference record set by Murray State.

Sophomore Terry Taylor, Austin Peay’s leading scorer on the year, dropped 17 points against Southeast Missouri in a 78-60 win and added 20 plus a game-saving block in a 72-70 victory over Tennessee-Martin just two days later.

Taylor’s 17.2 PPG ranks fourth overall in the conference, but just ahead of him is sophomore Dylan Windler from Belmont, another team vying for the top spot in the OVC this year.

The Bruins (12-3, 3-1 OVC) has strung together three straight conference wins behind the scoring of Windler and the playmaking of freshman Grayson Murphy, who ranks second in the OVC with 6.1 APG.

The Gamecocks (12-5, 4-0 OVC) are in the middle of a four-game home stint while they ride a five-game win streak with seniors Jason Burnell and Marlon Hunter headlining the squad.

Burnell and Hunter both rank top 25 in the conference for scoring, averaging 14.5 and 12.5 PPG respectively, but defense has been key for Jacksonville State in its last three contests, allowing under 63 points in each game.

The Gamecocks have a couple weeks before facing off against Murray State and Austin Peay in back-to-back games at the end of the month in to February.