Faculty may have voice in 360-degree review of administrators 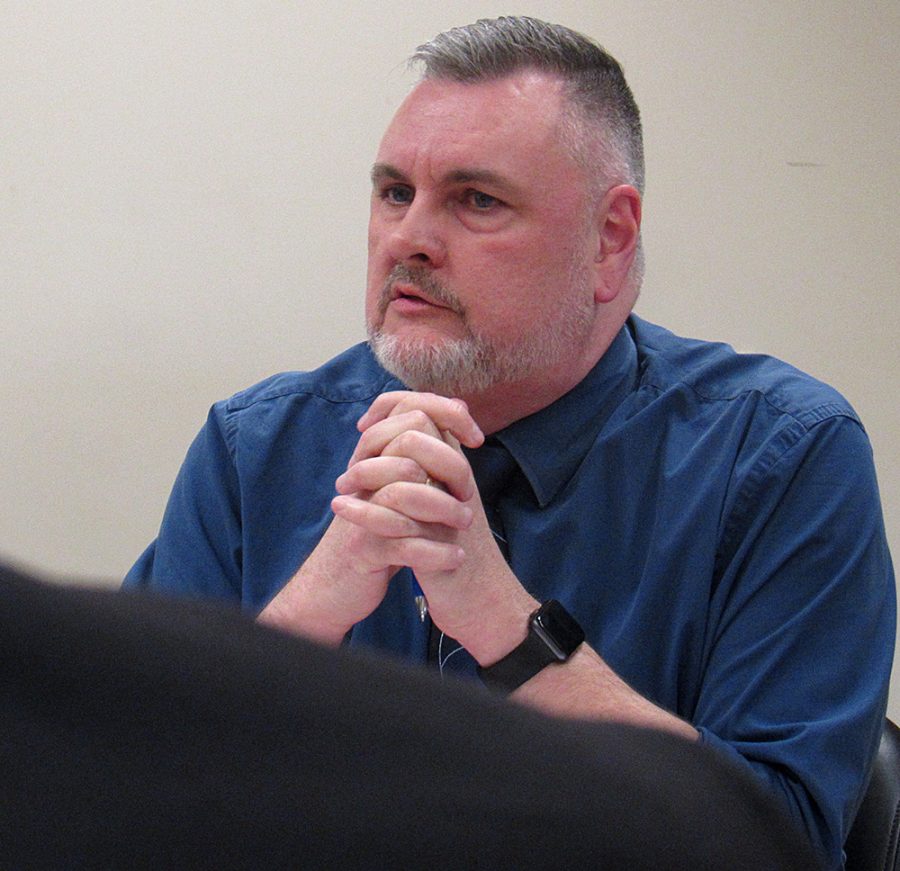 Faculty may now have a say in the 360-degree review process of administrators, including vice presidents and deans.

Members of the Faculty Senate revisited the 360-degree review process at a Jan. 8 meeting. They agreed that all faculty members should be able to evaluate the deans of their respective colleges and will be able to do so through a standard survey process.

But members also agreed to send a proposal to Eastern President David Glassman and discuss suggesting that a survey go out to all faculty members that would evaluate the vice presidents.

The current system is a 360 evaluation process, and the recommendation to change this process stemmed from a proposal that was submitted to the president’s office on Nov. 17, 2015.

Teshome Abebe, economics professor and member of the Faculty Senate, presented this resolution at an Oct. 16 senate meeting and said Glassman responded to it.

Abebe said the aim of the resolution was to provide faculty some voice in the process of evaluating administrators, according to the minutes from the Oct. 16 meeting.

“The faculty voice beyond the chair level are not heard, so it will be useful for both faculty and administrators for that voice to be heard,” Abebe said at the Oct. 16 meeting. “Secondly, at the time we were going through difficult issues, and those difficulties could possibly have been avoided if faculty had a voice on it.”

He said the Faculty Senate, at the time, therefore decided that modifications were needed for the evaluation system.

When that meeting concluded, two options were sent to the president’s desk for Glassman to consider.

These options detailed a new model for the recommendation process. In a Nov. 13 article of The Daily Eastern News, one of the proposals will continue using the current system but allow faculty to have input in evaluating administrators above chair levels (to include the relevant dean).

The other proposal implemented a different form of evaluation that allowed for input from faculty at all levels.

At a Nov. 13 Faculty Senate meeting, Todd Bruns, the senate chair, said he met with Glassman along with Jeffery Stowell, the senate vice-chair, and Billy Hung, the senate recorder. Bruns said Glassman was raised concerns over how faculty would be invited to review administrators.

Eastern’s Provost Jay Gatrell said at the Jan. 8 meeting that the challenge of evaluating VPs is finding a faculty cohort that makes sense. He said that is why he recommended the Faculty Senate a minimum of five senators participate in the evaluation process since members are “engaged in a way most faculty are not.”

Bruns said this was why he brought the topic back to the table for discussion, and he said the Faculty Senate could have a role in the evaluation process of vice presidents.

“I think this is important to do, and I think that this is something we should take on as an additional responsibility and role as a senate,” Bruns said. “So I would like to move forward with a slight revision of our proposal to President Glassman to say that when it comes to the 360 evaluation of VPs, that the faculty voice would come through Faculty Senate.”

Hung said though he was not opposed to this idea, it sounds nice until they see the details.

“I would really like us to have a rough outline of what the process would look like before I endorse it,” Hung said. “How do we do it in a way that is informative and useful and also responsive to our constituents.”

Stowell said the senate needs to make it simple and not summarize evaluations from faculty but rather give them the opportunity to share.

“Let’s make is simple and give people the voice, and if they want to speak up, let them speak up,” Stowell said.

Jon Oliver, the interim department chair of kinesiology, sport and recreation and a member of the Faculty Senate, said senate members could then add their individual input, and it is important that everyone has an opportunity to offer feedback rather than opting for a select group of faculty to offer feedback.

Bruns said then essentially the Faculty Senate role would be to send out the invitation to all faculty members and then gather the raw data and send it up.

Members and Gatrell agreed that all faculty need to have the opportunity to receive the survey.