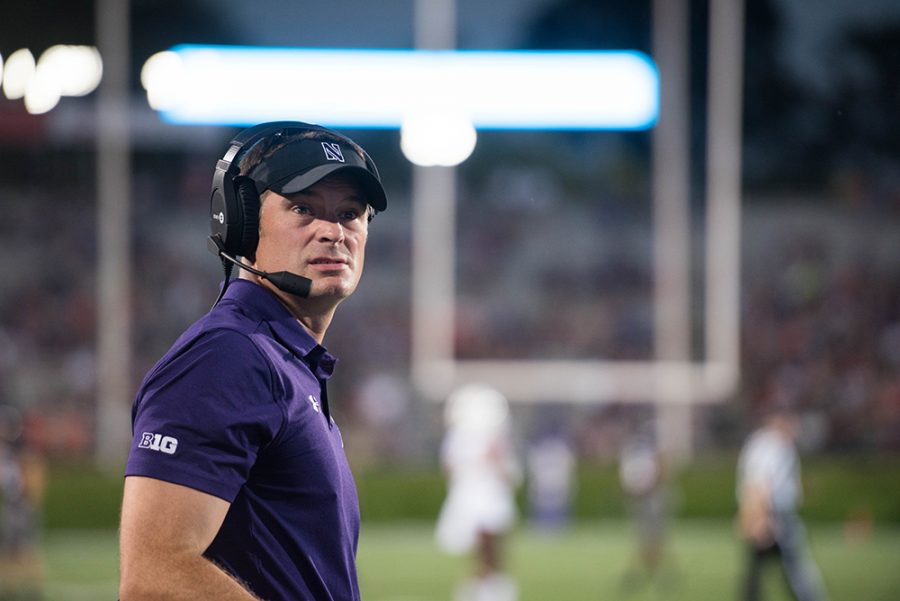 Eastern new head football coach Adam Cushing stands on the sideline during Northwestern’s win over Bowling Green in 2017. Cushing was announced as the 25th head coach in program history by the athletic department Sunday night.

Northwestern’s offensive line coach Adam Cushing will be the next head football coach at Eastern.

The athletic department made the announcement Sunday night that Cushing will be the program’s 25th head coach.

Cushing comes to Eastern after spending 15 seasons as a part of the staff at Northwestern.

He has been the offensive line coach since 2009.

Cushing is a native of Chicago, he attended Mt. Carmel High School and played tight end at the University of Chicago.

Northwestern’s rush offense ranked last in the Big 10 in both total yards 1,528 and yards per carry 3.2.

Northwestern also allowed the most sacks in the conference (34).

A press conference will be held Monday at 3 p.m. to officially introduce Cushing as head coach.