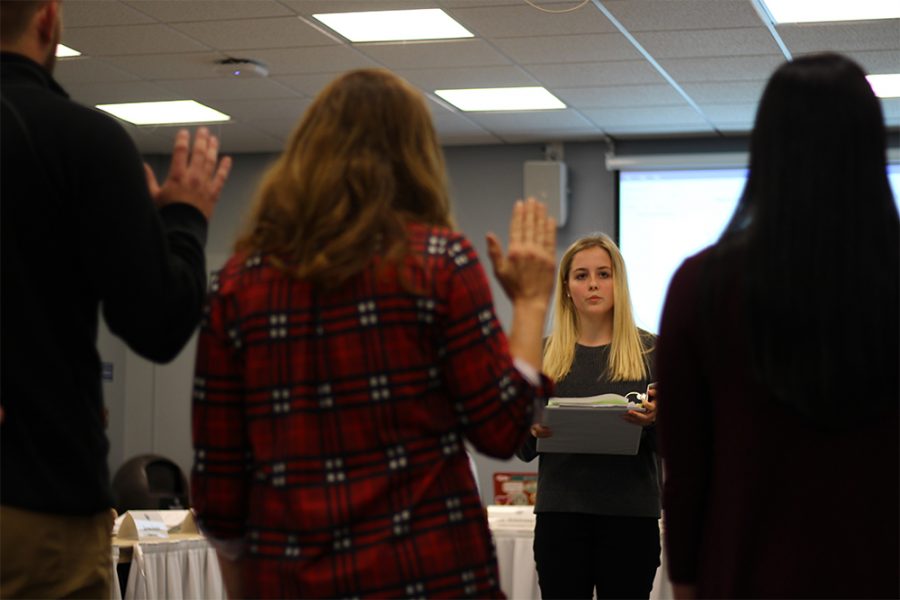 The Student Senate voted to consider alternatives instead of raising the Black Lives Matter flag in the South Quad during African-American Heritage Month.

The resolution also calls for the creation of a special committee to help come up with these alternatives and this committee is supposed to be established by Jan. 31, 2019.

The resolution endorsing the flag was motioned to be added to the agenda in order to be voted on but did not receive enough votes. Eight voted against it and six for it.

Many of the senators argued that the flag would create a division among the student body that would lead to negative consequences and therefore elected to offer alternatives.

Two senators verbally announced that they did not think the flag would divide the student body and wanted to endorse the flag.

Student senator John Cieslak said he disagreed that it divides the campus and is not a political issue because it honors a piece of African-American history.

“It’s not going to be as decisive as people say it is,” Cieslak said.

But Zac Cohen, the executive vice president and acting speaker of the senate, said although he is not a voting member, he agrees that the initiative was from right intentions but raising a flag linked to a political movement is not a good idea.

Cohen said raising the flag could divide students and the role of the student government is to unite students.

“The whole role of student government is to bring students together and get us all behind one thing,” Cohen said.

Student senator Megan Walker agreed with Cohen and said after talking to her peers there is a fear of violence that would happen as a consequence to raising the flag.

She said the alternatives is still a way to get the voices of those in support of the flag out there but raising the flag is not the best way to do that.

Student senators Zoey White and Skylar Coffey said they were concerned about the community reaction to raising the flag.

“As a person who is from (Charleston) I know a lot of people in the community aren’t really big fans of (raising the flag) and I know that we don’t represent them, we represent the student body but I think that we do need to take what they say in consideration,” White said.

Coffey said even though student government does not represent the town, the town is represented by Eastern and therefore what the senate decides on does matter to the community.

“That’s how the community works because we are a college town around here and a lot of people do look up to Eastern as what makes this town whole,” Coffey said.

Senate members also approved but then deleted an amendment that created a committee of two senators, two faculty members and four students at-large to determine other alternatives.

She said it took her over a month to draft the four resolutions and it was not fair to create a committee without input from Morgan Colvin and Keshyra Bluminberg, the two women behind the initiative for the flag.

It was agreed, however, that Matusiak act as the interim chair of this committee and work on establishing membership and doing so by the Jan. 31 deadline.

Overall, the resolution was unanimously approved and will go to the administration, where they will discuss it and decide what to do.

Student senator Tarvea Durant was also elected as next semester’s student speaker of the senate.