Win over Fontbonne was exactly what Eastern needed 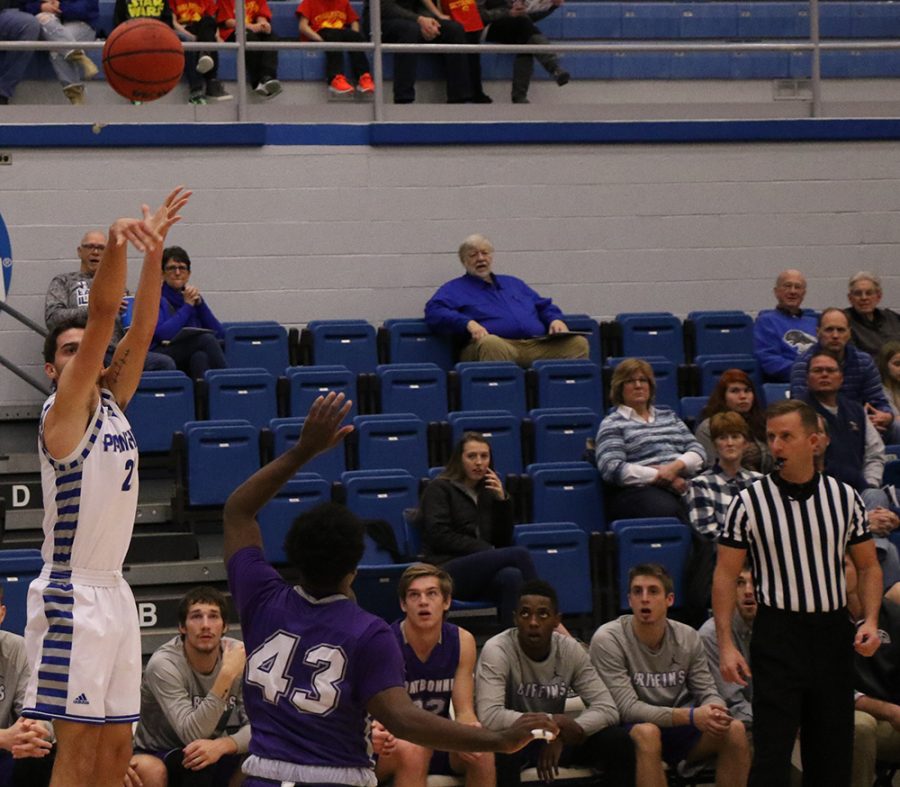 Josiah Wallace shoots a three-pointer from the corner during the Panthers’ 90-37 rout of Fontbonne University in Lantz Arena Tuesday night.

Eastern has begun the season with big wins, big losses and a sub-.500 record, but Tuesday night’s 90-37 win over Fontbonne University may just be the confidence booster and team connector the Panthers need.

Fontbonne is no college basketball powerhouse; in fact, the school is looking up at Eastern from Division III, but the commanding win can still give the Panthers reason to believe that they have the talent to compete at a higher level.

The talk of Eastern basketball prior to the season was the litany of new faces hitting the hardwood, and clearly it can take time for a variety of new guys to gel no matter how talented.

However, in a 30-game season, losses from inexperience or lack of togetherness can pile up, and a win against even the most inconsequential of opponents helps both the raw win column as well as the connection between players.

Head coach Jay Spoonhour said, “It will get better, and it will get worse at times, and we’ll just have to stay after it, but I thought we did fine.”

The game was out of hand with nearly 30 minutes left to play, but the intensity from Eastern remained steady, as game-high scorer sophomore Kashawn Charles actively kept talking to head coach Jay Spoonhour well into the second half.

Charles averaged just 4.7 points per game heading into the night before dropping 21 points in 18 minutes of game time.

“I felt pretty good shooting it the first couple shots, so I knew it was gonna be a good night, but I really wanted to get everybody involved,” Charles said. “It was a night where everybody could score points.”

Two highlight plays—a dunk and a bucket despite a foul under a minute later—gave junior JaQualis Matlock his four first half points.

Matlock responded in the second half with five more buckets to finish 7-9 for the night despite going into the game just 9-37 on the season.

Matlock and Charles got an opportunity to boost their confidence levels after slow starts to the year, and maybe it will pay off for weeks to come.

The best part of a blowout win is that many of the players that seldom receive significant minutes stay on the floor for big bunches, and that was no exception with every single player getting at least 15 minutes of game time.

Junior Logan Koch has managed just 25 minutes of game time this season before the matchup in Fontbonne, but that did not stop him from posting 15 minutes and two deep three-pointers against the Griffins.

Eastern has proven that they have talented scorers, impressive athletes and a strong basketball IQ.

What they need to prove to stay in the conference race come February and March is a cohesiveness and adaptability, and wins like these can do exactly that.