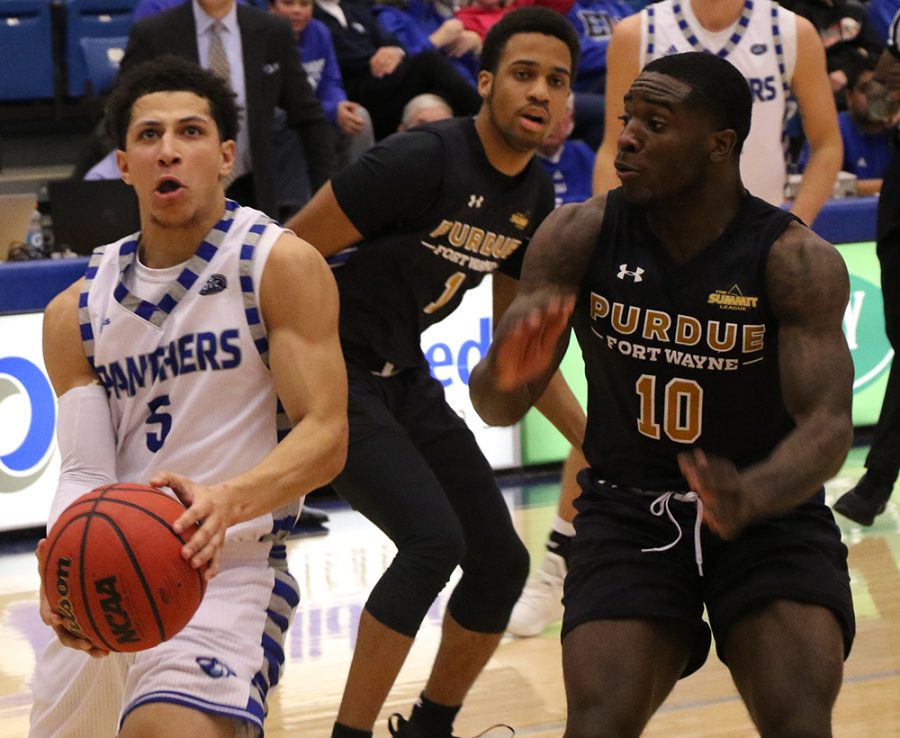 For two straight games, defense, or the lack thereof, has been a key talking point for Jay Spoonhour and his team.

The Eastern men’s basketball team’s head coach said after a 104-60 loss to Fort Wayne Wednesday that the Panthers were constantly in help on defense.

This led him to say that his players need to stay in front of their marks better, a sentiment that he has repeated since the preseason.

Help defense is a necessary part of basketball, but when opponents are getting around Eastern defenders the way they have recently, and, as with Fort Wayne, if Eastern is getting out of position too much to help, the Panthers need to find the fine line between the two.

“It just takes talking, we got to talk to each other and it takes more experience, more repetitions in practice,” Shaw said. “It’s a new defense, and we’re trying to learn it on the fly, so it’ll just take more repetitions.”

Then after an 80-72 loss to Chicago State Saturday, the “obvious” problem Spoonhour said the team has to get corrected is its defensive field goal percentage, staying in front of people better and forcing more contested shots.

“I just feel like it takes a mental focus on our part,” forward Braxton Shaw said. “I feel like we are too lackadaisical on the defensive end.”

Shaw added that a strong defensive mentality would also help the team defend inside better. Chicago State scored half of its points in the paint Saturday, and Fort Wayne nearly doubled Eastern’s rebounding total (50-27), which included 14 offensive rebounds.

On the offensive side of the ball, jump shots have been hurting the Panthers recently.

More specifically, Spoonhour has said that the team has been relying too much on jump shots.

Against Fort Wayne, Eastern only had 18 points in the paint out of its 60 overall and shot 23-69 overall, and 8-28 from three-point range.

In tune with the statistics from the last couple games, Spoonhour said after the Chicago State loss that his team did not get enough lay-ins.

“We have a lot of plays that we have to execute on, so once we execute them, get into the post and most importantly we just got to finish through the play,” Smith said.

Eastern will have a good opportunity to polish the things it has been working on, as the Panthers host Fontbonne University Tuesday at 7 p.m.

The Griffins are a Division III school out of St. Louis.

Fontbonne is averaging 78.2 points per game so far, on 50.1 percent shooting from the field, including 38.8 percent from three-point range.

The Griffins’ two double-digit scorers are Luke DeLine, who leads the team with 21 points per game, and Jared Woodcock, who is second on the team with a 17.2 scoring average.