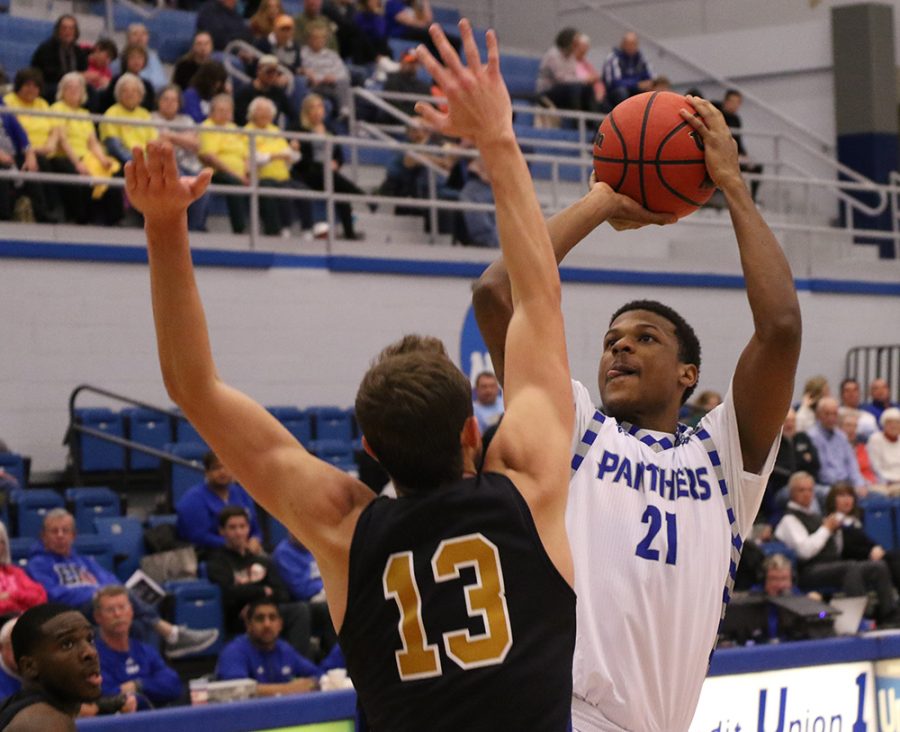 Despite the glaring fact that Fort Wayne scored 63 of its 104 points Wednesday off three-pointers, another issue that Eastern faced was its own three-point performance.

The first half produced a decent long-range showing from the Panthers, as they shot 6-16 from three-point land before halftime.

In the second half, Eastern’s accuracy dropped and the team shot 2-12 in the half for threes (8-28 overall).

But the reason the team struggled with three-point shooting, and with the offense overall, was, as head coach Jay Spoonhour put it, the team relied too much on shooting them.

“There’s a difference between getting threes (out of your offense) and then where you’re just relying on them and getting nothing,” Spoonhour said after Wednesday’s loss.

“I don’t think jump shots are bad,” Kukobat said. “We relied on threes way too much. You can only make so many of them, on a good night you can make maybe 40-some percent of them.”

Kukobat said there are a couple things the Panthers’ offense can do to avoid falling into the trap of taking too many threes.

One of those remedies is to get easier points by driving the ball to the basket more and try to get fouls more, leading to free throws.

“Attacking, I really think we need to start attacking more,” Kukobat said. “We got some opportunities around the rim, now we just got to be stronger and finish around there eve with the contact.”

The other solution, Kukobat said, is that he thinks the team can move more on offense and not be as stagnant as they have been.

So far this season, Eastern is averaging 10.1 assists per game, which is lower than last season’s overall average (12.6).

A big part of the story behind the low assist number is that Eastern’s roster has nine new players on the team (only five returning players) and, as Spoonhour put it at the beginning of the season, it will take awhile for the team to completely mesh.

All nine of the new players have played at least a few minutes, with seven of them playing good minutes consistently.

“I think Coach Spoonhour’s got us in a really good position right now,” Kukobat said.

The other main reason for Eastern’s blowout loss to Fort Wayne was that the Mastodons played fast and aggressively on offense, making Eastern’s defenders constantly shift off their own mark to help a teammate.

“We really got to guard our own man, and we can’t keep getting beat to the basket,” Kukobat said.

The Panthers’ next game is Saturday at 2 p.m. at Chicago State.

The Cougars are 0-7 to start their season.

They are averaging 61.7 points per game, which is just under eight points fewer than Eastern’s average.