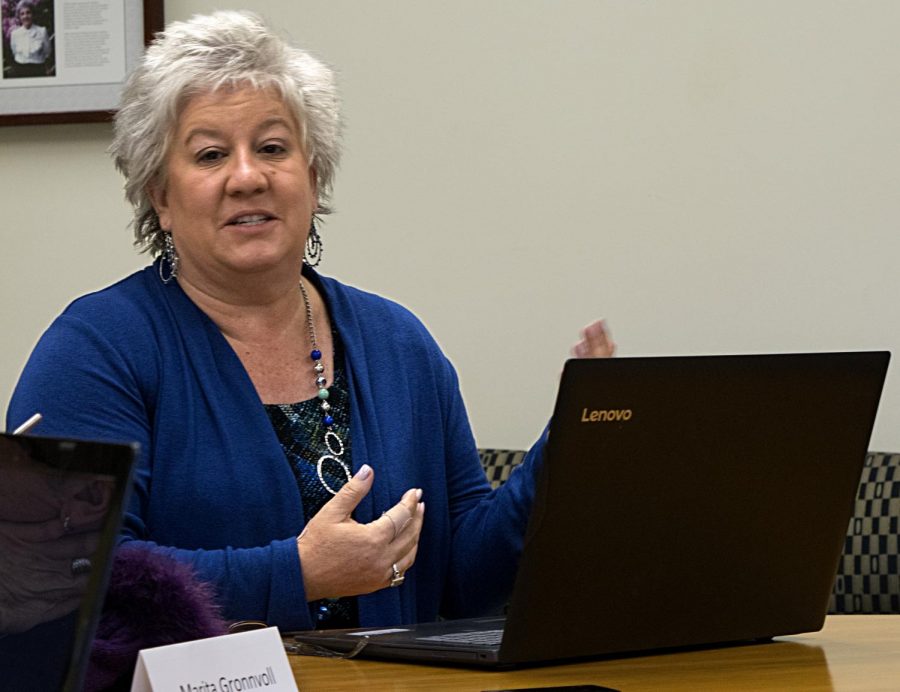 Julie Dietz is the chair of the health promotion department. Dietz presented four proposals to the Council on Academic Affairs at its meeting Thursday, all of which were centered around the proposal for a new departmental health promotion honors program.

The Department of Health Promotion was approved for a departmental honors program at Thursday’s Council on Academic Affairs meeting.

The proposed honors program differs from other departments in the acceptance routes students have to enter the program.

Julie Dietz, the chair of the health promotion department who presented the proposal to the council, said including just the traditional route provided some students with a disadvantage.

“A significant number of our students are major changes, and one of the things that became very, very clear is that we had many very strong students who had an unfortunate first year at EIU and, because of that, their cumulative GPA could never recover sufficiently to qualify them for departmental honors,” Dietz said.

According to the proposal, over 70 percent of current health promotion students came from major changes and other academic pathways.

The traditional route also presents a problem in regards to transfer students, who, according to the proposal, essentially “get to start completely over with a new (cumulative GPA) based solely on (their) coursework at EIU.”

Dietz said this puts the health promotion majors who only attend Eastern at a disadvantage.

This rationale led Dietz to propose another alternative GPA route in which students could enter the departmental honors program; a major GPA only route.

“If (students) can come in and give me a major GPA of 3.75 and maintain it, they deserve to be in departmental honors,” Dietz said.

This means even students with a cumulative GPA lower than 3.5, but a major GPA of 3.75 or higher, can participate in the honors program.

Both the departmental honors program and the three proposed honors courses were passed unanimously by the council.