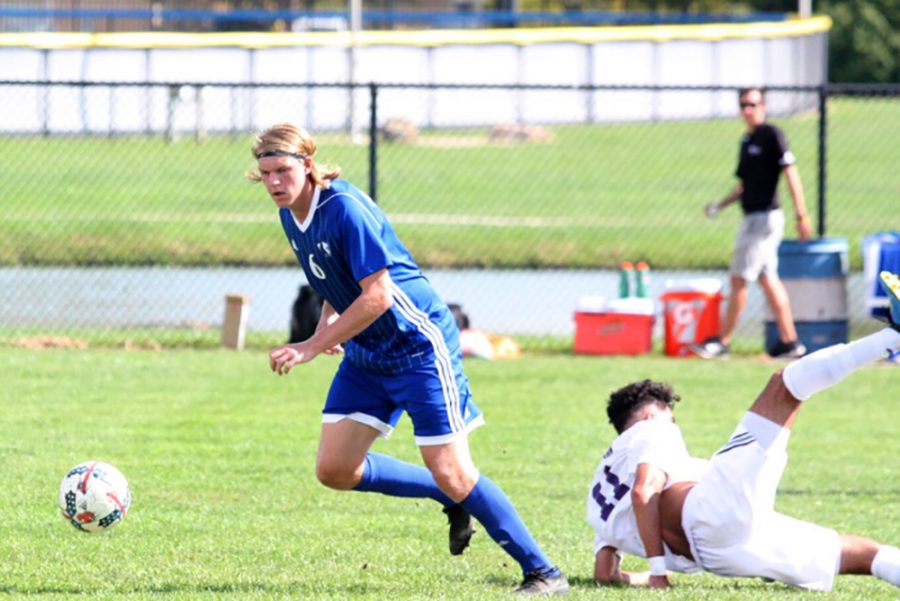 In a calm weekend for Summit League soccer, Denver still managed to take the spotlight with a team win and individual accolades despite mostly solid outings from its conference counterparts, including Eastern.

Denver’s senior forward Andre Shinyashiki continues to cement himself as a star this season, picking up his fifth Summit League Player of the Week, but the praise did not stop there.

The Summit League named Shinyashiki as its September Athlete of the Month after an incredibly hot start to the year, tallying 21 goals and eight game-winners, the most by any men’s soccer player in the nation.

Shinyashiki’s five Player of the Week awards already rank as the most all-time overall in the conference, and it has showed in the team’s play, as Denver now ranks number one in the country according to Top Drawer Soccer.

Shinyashiki was not the only Pioneer to receive an award, as sophomore goalkeeper Will Palmquist recorded his second cleansheet of the season in as many starts and took home Summit League Defensive Player of the Week.

For Fort Wayne (6-5-1, 0-2-0 SL), the offense simply struggled to get clean looks, as the Mastodons managed nine total shots but put only two on goal.

Denver’s next matchup comes against Maryland next Tuesday, while Fort Wayne faces off against Marshall today at 4 p.m. and then takes on Oral Roberts this weekend.

Junior Christian Sosnowski netted a goal halfway through double-overtime to snatch the win over the Fighting Leathernecks, despite Eastern being outshot 16 to nine.

This is Eastern’s first OT game of the season to result in anything but a draw, and the stout Panther defense kept the game close with six saves from sophomore goalkeeper Jonathan Burke.

Eastern plays Valparaiso on Wednesday at Lakeside Field, while Western Illinois waits until Saturday to take on Omaha, which saw a tame week.

The Mavericks (2-5-1, 1-1) went scoreless in a 0-0 tie against Campbell on Wednesday and had their contest against Drake over the weekend postponed.

The matchup appeared as even as possible, with Campbell recording just one more shot and one fewer shot on goal than Omaha overall.

The only Summit League team without any action this past week, Oral Roberts (6-3-2, 0-0-1), will have its next match Saturday against Fort Wayne.