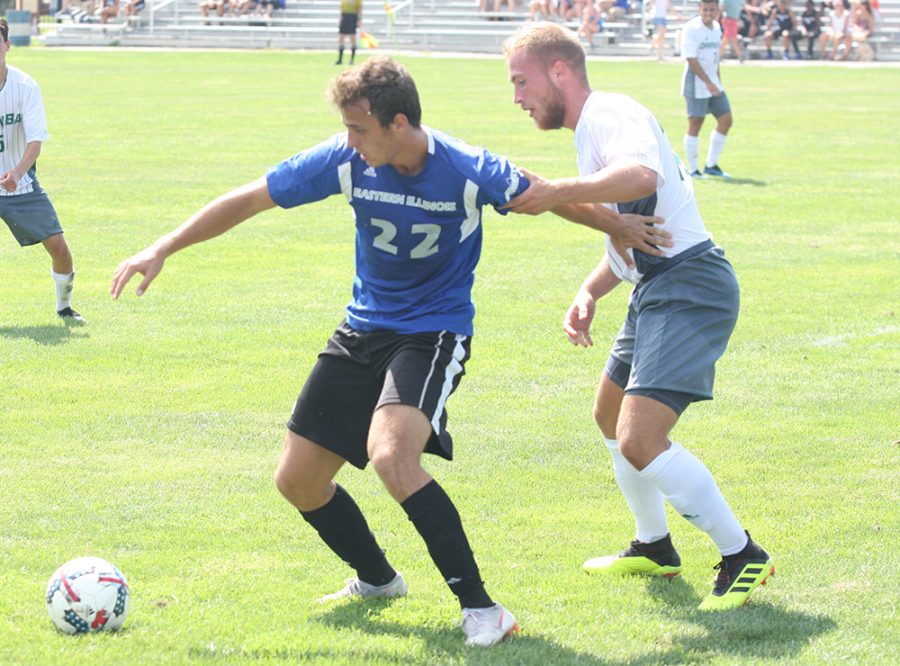 Kiki Lara said the Steel Curtain defense of the 1970s Pittsburgh Steelers inspired him and that he uses that mentality when coaching defense for the Eastern’s men’s soccer team.

Lara has made defense something the team prides itself on since he took over as head coach in March of 2015.

“This mentality is one that as a program we want to be known for through our conference and the country,” Lara said.

This season, he has made it clear that maintaining this defensive mentality will be vital for the team’s success, and, so far, Eastern’s defense has performed well.

“We also have a locker room that is committed to executing gritty performances and hitting our roles defensively,” Lara added.

As the last line of defense himself, Burke has had a stellar start to the season, placing in the top three for multiple statistics in the Summit League at certain points.

The last time the Summit League website was updated, Burke was tied for second with Denver goalkeeper Nick Gardner for total goals against them (3). Burke was also second in the Summit League in goals-against average, at the time with an average of .71 (current average is .62).

Burke is also in third place among goalkeepers with an .833 save percentage.

Then, among Summit League goalkeepers for total saves, Burke is just outside the top three in fourth place.

On top of his rankings in the conference, Burke was also named the Summit League Defensive Player of the Week for week two of the season.

“It’s an honor to be ranked in the top three in one of the best conferences in the country, but my defense has been having a great year so far and deserves most of the credit,” Burke said.

Lara has said that Burke came ready to camp to be the goalkeeper for Eastern and that he is improving every day.

But as a whole, Lara has seen a steady improvement for his team, defensively, from last year to this season. Since day one, he has been stressing and looking for his team to maintain a defensive grit, and so far, the message seems to have connected with his team.