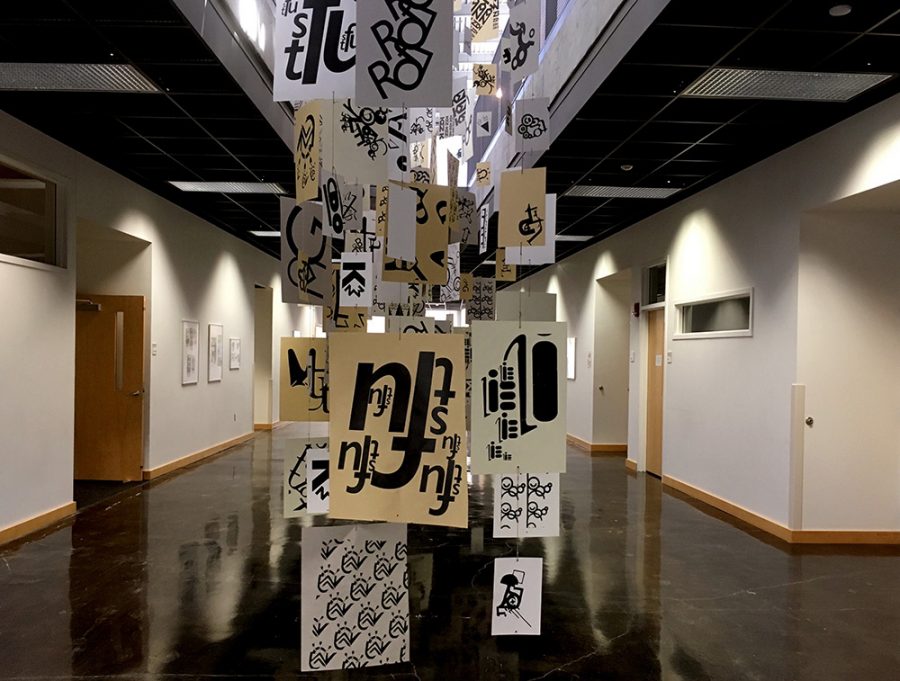 The Eastern Department of Art and Design has resurrected and reconfigured the Bachelor’s in Graphic Design program for the fall semester of 2018 in addition to the already present BFA.

Department Chair Chris Kahler said the point of bringing back the program was to create more flexibility for transfer students and those who wanted to do more than one major or minor.

The department also refined the program to be more competitive with other universities.

Kahler said one of Eastern’s main competing schools offered only a BA in Graphic Design, so he said that by offering the BFA, Eastern’s department was increasing the competition between the two.

The BFA is still considered preferable to the BA in that it is a more in-depth and extensive program, giving students a much stronger background in that area of study.

However, the faculty members discovered the major was not friendly to students transferring in or seeking other majors or minors.

Kahler said because the department reinstated the revised BA, he is able to create two-plus-two agreements with other schools, meaning a two-year college graduate should be able to reasonably expect to graduate from Eastern after two years.

Prior to the recreation of the BA, the only option available was a two-plus-three-year agreement according to Kahler.

The Art Department also created a Graphic Design minor the previous year, to which the faculty has seen a positive response.

Assistant Professor Samantha Osborne said she has seen a significant increase in the number of students taking the Graphic Design minor.

“Last year we saw just a couple of folks pick that up, but this year I’d say maybe a third of the class are minors now,” Osborne said, “So that’s a really big impact.”

Osborne said she is looking forward to seeing more diversity in the classroom now that the Graphic Design minor, BA and BFA are all available to students.

“Historically it’s been the same group of 15ish students going through the coursework together,” Osborne said. “It’ll be nice to see some new faces.”

Tayler Wullenweber, a junior transfer student, said she has benefitted from the program.

Wullenweber transferred to Eastern into the BFA Graphic Design program, however she said she was concerned about how long it would take.

Wullenweber wanted to add a minor, which would further lengthen her stay in the program, but she then discovered the newly-reinstated BA option, allowing her to explore more areas of study without having to stay as long.

“It just makes you more well-rounded as far as when you leave college,” Wullenweber said. “You’re not just one minded on one thing,”

Wullenweber said she believes the program gives students much more flexibility and adaptability, allowing them to add other majors or minors without overloading their schedule.

Wullenweber also credits the program with giving her a greater emphasis on creating work for her portfolio and potential future careers.

“I think it was really good that they have added that as part of their program,” Wullenweber said. “It was a really good opportunity.”