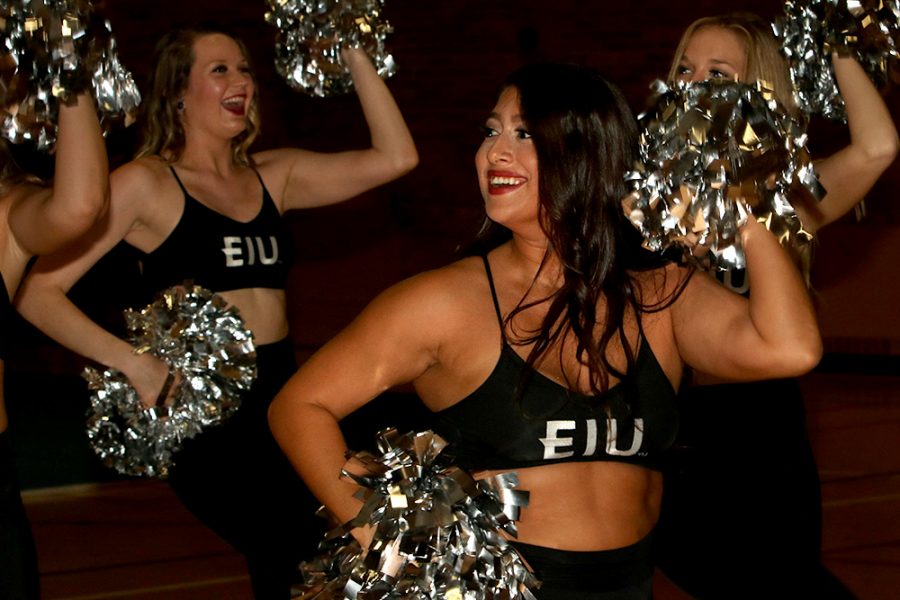 An Eastern tradition, First Night, was held in McAfee Gym on August 19.

First Night is a large pep rally held the night before classes to start off the school year and conjure up school spirit.

Eastern President David Glassman attended the event as well as Student Body President Rebecca Cash, both of whom spoke to students to kick off the activities.

Cash spoke of the importance of being a good student and representing the school well.

Cash was also involved in the planning of the night, calling it “my baby.” She says she began the planning for the event in May before the last academic year ended.

Cash said the biggest success of the night was that “everyone was so close and … it felt like such a pep assembly.” She added, “I feel like sometimes in … O’Brien it feels so big it doesn’t feel like really all one. I feel like we were all one tonight. It was awesome.”

Along with meeting new people and getting involved, students also had the opportunity to win prizes such as BEATS by Dre, t-shirts, and $300 in “Panther loot.

Originally, the event was planned to be held in the library quad, but it was moved to McAfee Gym due to a concern of rain.

The gym was full with limited space left for seating. Some students sat on the floor of the gym while the events of the evening played out around them.

Freshman Cassie Robinson said the August 19 event was the hardest to get involved with due to the lack of space allowed in the gym bleachers. However, the event was able to proceed with enjoyment from students, faculty, and administration.