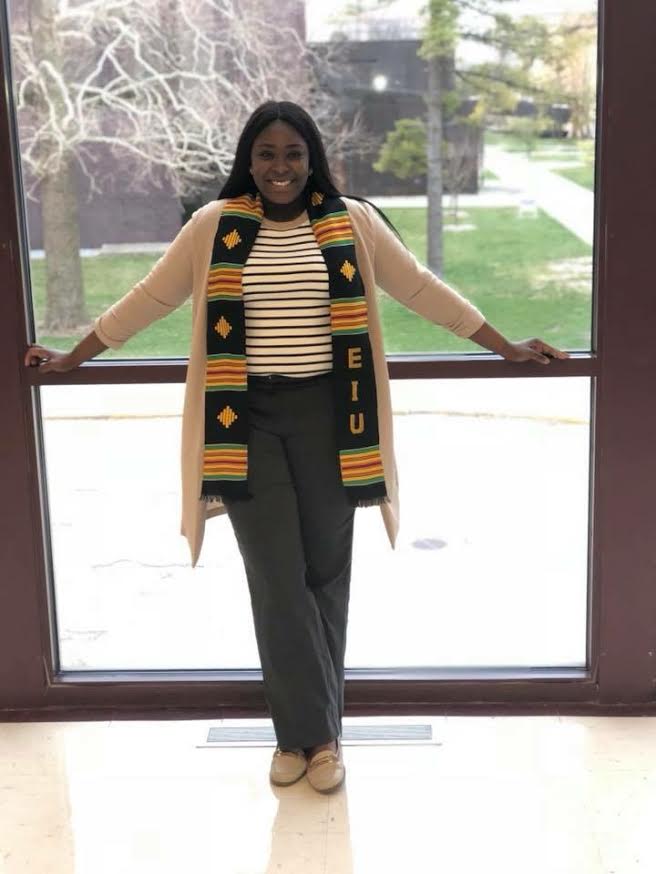 Alisa Hill, a senior political science major, has overcome several challenges to be able to get accepted into Northern Illinois University’s master’s in public administration program. While at Eastern, Hill has never received less than a 3.0, earning multiple scholarships as well as the TRiO Achiever Award and being named Eastern’s Top Black Scholar.

Hill was accepted into Eastern through the Gateway program; she was out of it by her second semester with a GPA of 3.2. While at Eastern, Hill has never received anything less than a 3.0.

Hill’s path to success was not easy. She funded her own education, working 60 hours a week while also traveling back and forth to Chicago to work with community partnerships.

One of Hill’s biggest challenges at Eastern was a conflict she had with a professor freshman year, who told her “black people always have excuses.”

She said he told her that “you black kids come down here to these universities for a year or two and end up going home. You all are not academically prepared to be in college.”

She struggled with what he said to her because at the time she felt like he was right. Hill was still able to use what the professor said to push her so she could prove him wrong. During the process of finding out who she was, Hill said she also ended up losing friends and relationships.

She said her biggest accomplishment at Eastern was being one of the few black faces in the political science department. Her advice to students who are still at Eastern is to take advantage of scholarships and not to be afraid to reach out. Hill said students should look at their grades as money.“Bad grades equals no money; no money means you can’t pay for school,” Hill said.

She said she was able to achieve what she did by staying focused and maintaining great organization. Hill communicated with teachers, engaged in classroom discussion and asked questions whenever she was not sure of something. She also made it a big deal to prioritize her time and responsibilities. When it came to getting projects and papers done, her study tactics included deleting her social media, turning her phone off, playing classical study music and using a Himalayan salt lamp.

She will work at a two-year paid internship with a salary between $16.27 and $22.50 an hour to work for a city management office proposing budgets.

Getting into graduate school was her goal, and the internship was a bonus, Hill said.

She will be working with her community partnership, A Long Way Home, which is a non-profit organization that helps end gender-based violence against women through art. She is an alumni director and helps to ensure all girls have a project, giving them ideas and a safe person to talk to. The women and girls in the program face domestic violence issues, sexual harassment, sexual assault and the loss of loved ones due to gun violence. Hill became involved in the program because she herself was a victim of domestic violence.

Hill graduated from North Lawndale College Prep, which is where the program is held. Hill tells all the girls she works with, “You don’t have to put up with anything from anybody, and you can’t change people who doesn’t want to change for themselves.”