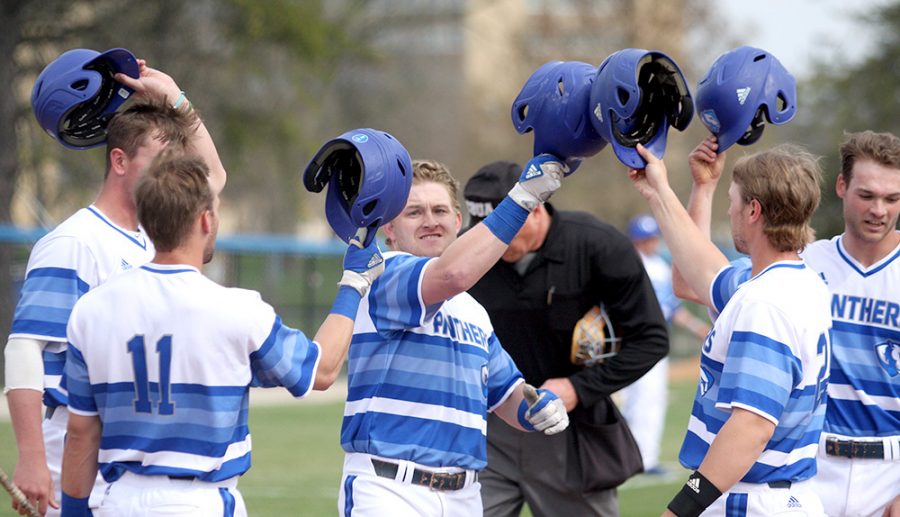 Over the past two games, the Eastern baseball team has been jumping out early and attacking the ball as it scored 15 runs in the first three innings against Robert Morris.

Those 15 runs were all the Panthers would need as they won 15-6, giving the team a winning streak for the first time since April 13. Specifically, junior first baseman Hunter Morris came out swinging and helped propel the team in the first two innings.

In the bottom of the first, Morris put the Panthers on the scoreboard with a two RBI single, scoring senior center fielder Joe Duncan and junior left fielder Jimmy Huber. As for the bottom of the second, Morris was feeling good and continued to swing the hot bat.

“I was really excited,” Morris said. “It feels good to be able to produce and help the team win games by driving in runs.”

Morris sent a ball well over the right-center wall for his third grand slam of the season, scoring again Duncan, Huber and senior third baseman Dougie Parks. With six RBIs on the day, Morris’ RBI season total raised to 42 and having nine home runs.

Going into the third inning with a commanding 7-0 lead, the Panthers were not finished as they compiled an eight-run inning, starting with a leadoff homer from senior left fielder Hunter Beetley. It took seven more batters before the Panthers recorded an out.

Huber continued his success from his five-RBI game against Saint Louis as he knocked in Duncan on a double to right field. However, the scoring did not stop there after wild pitches and walks from junior pitcher Pierce Westerdahl brought the score to 13-0.

With two outs and Robert Morris looking to stop the bleeding, senior shortstop Andrew Curran joined the RBI parade with a single down the left field line, scoring Eastern’s final two runs of the game.

For the rest of the game, the only other run scored by either team came in the top of the seventh from Robert Morris freshman right fielder Joe Culbertson, hitting an RBI single down the right field line.

As for Robert Morris, Crose was the team leader for batting as he ended his day with three RBI’s on two hits. Freshman pitcher Zac Buhs was dominant in the seventh and eighth inning, giving up no runs and walking two in the eight batters he faced.

The Panthers’ offense has combined for 29 runs over the past two games. These past two games have been different for the team, as instead of waiting to hit in later innings, the urgency to jump on the ball has been working for them.

“I think everyone is just coming in with a different mindset,” Morris said. “Everyone is ready to hit and produce early and often to help us start winning games and get hot.”