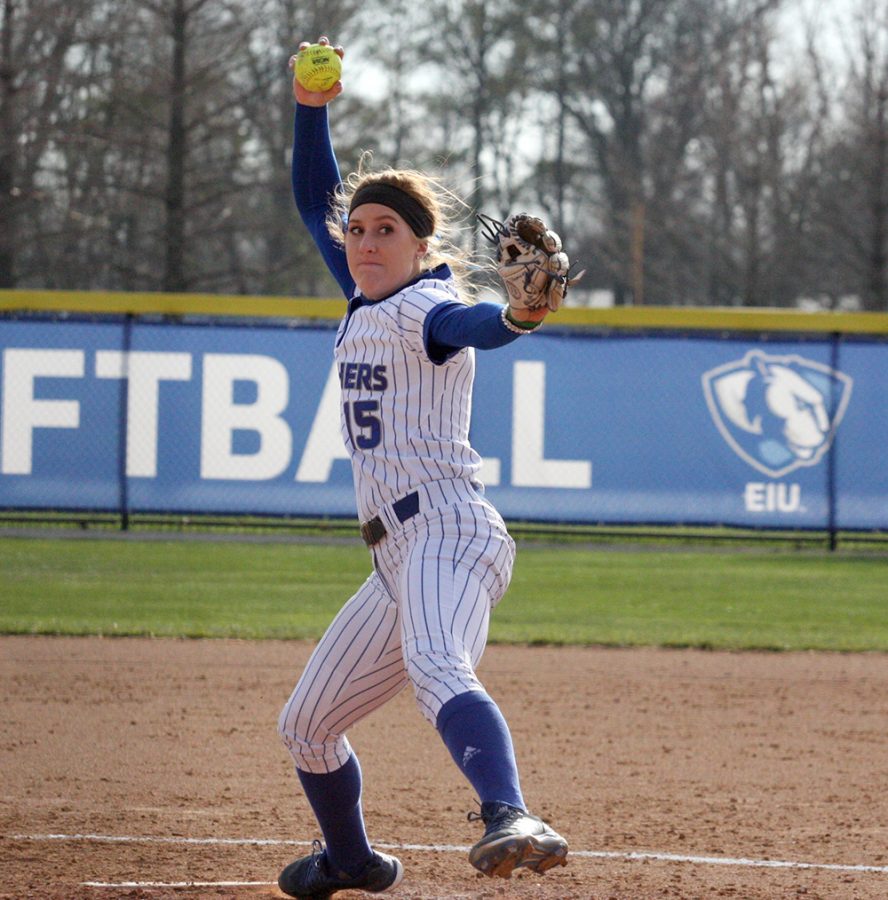 It took seven games, but an OVC team finally got the best of the Eastern softball team, snapping its 10-game win streak, which dated all the way back to March 15 because of a plethora of rainouts.

Eastern was 6-0 heading into a doubleheader with Tennessee-Martin.

The Panthers held a 3-0 lead through the top of the fourth, but the Skyhawks stormed back to win the first game of the doubleheader. But Eastern got back to its usual self and came away with a 5-2 win in game two.

The teams were supposed to play Saturday at Tennessee-Martin, but due to bad weather in the forecast, the games were moved up to Friday afternoon.

The Skyhawks scored their go-ahead run of a bunt in the sixth inning after scoring two in the fourth and one in the fifth.

Sophomore Haley Mitchell and junior Maria DeVito drove in the runs for the Panthers. Mitchell drove in two in the third inning for her 44th and 45th RBI on the season. DeVito drove in senior Kiley Pelker on a sac fly to center.

Mitchell picked up another pair of RBIs in the second game.

Senior Jessica Wireman was handed her first loss in five starts as she was charged with all four of the Skyhawks’ runs.

Game two, the Panthers received a strong performance in the circle from senior Michelle Rogers. Rogers pitched all seven innings to pick up her 13th win of the season and improve to 13-3.

“We take each game as a new opportunity,” Rogers said. “We came out fired up and ready to play the next game.”

Rogers struck out just three, walked only one and was charged two earned runs in Eastern’s 5-2 win in the second game of Friday’s doubleheader.

Tennessee-Martin got on the board right away of an RBI single in the first inning from Gracyn McBride, but Eastern scored five straight, returning the favor to the Skyhawks.

Mitchell and sophomore Mia Davis led the scoring charge for Eastern to give Rogers the support she needed. Mitchell drove in the first two, and Davis drove in the final three.

“As a pitcher it is very comforting to know that while we do our work on the defensive end, we can come and take care of the offensive end as well,” Rogers said.

Mitchell turned on a ball and hit a double down the left field line to score two runs and give Eastern a lead in the third.

Davis added to it in the third with a two-run single and then again in the fifth on a groundout.

The Panthers do not get much time off as they will have to head back south to make up Sunday’s rainouts against Southern Illinois-Edwardsville on Tuesday.