Colleges to be combined, reorganized across campus starting this summer 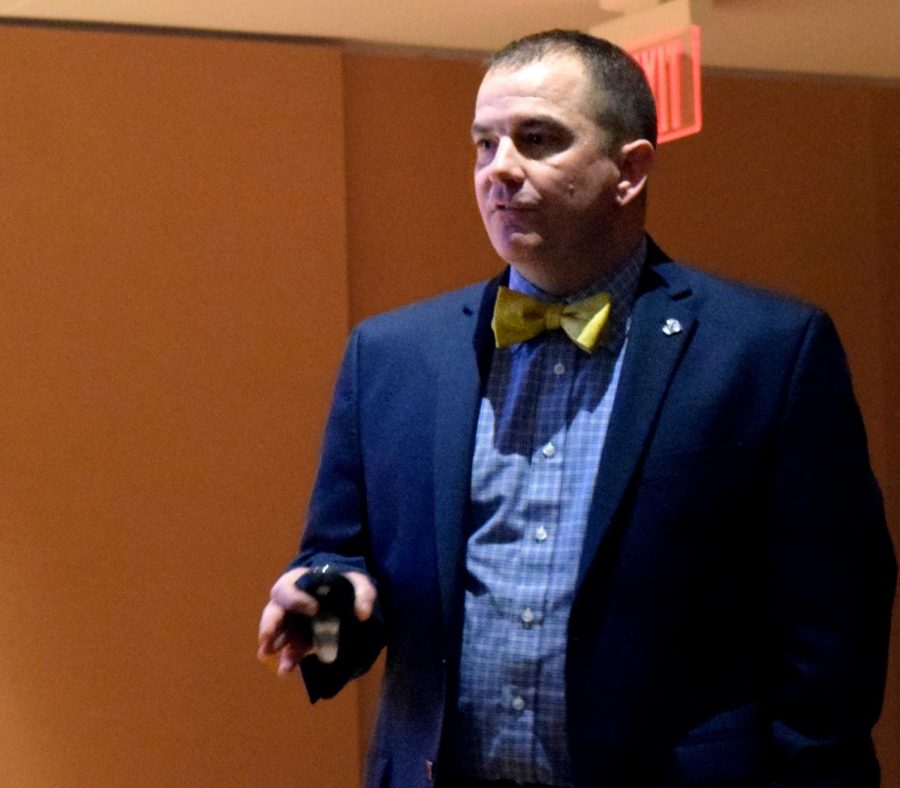 Editor’s Note: The News will continue to cover the proposed changes to the university’s organization. If you are in an area affected by these changes and want to talk about it, contact us at [email protected]

Eastern could see a new College of Health and Human Services, as well as the creation of a College of Liberal Arts and Sciences by July 1 if approved by the Board of Trustees.

A School of Fine and Performing Arts will also be created and housed in the new College of Liberal Arts and Sciences, and will contain the music program, art and design (what is currently apparel and textile) and theater.

A School of Communication and Journalism will also be created and housed in the College of Liberal Arts and Sciences.

The College of Health and Human Services will be located throughout Klehm Hall.

National searches for the deans of the health college and Lumpkin College of Business and Technology are set to launch Fall 2018. The College of Liberal Arts and Sciences and College of Education will start their dean searches in Fall 2019.

Gatrell said he is excited about the opportunity to bring new people into the campus community.

“The opportunity to have new energy on campus as well as a national search, I think, is going to be really positive for this campus given what we’ve all been through in recent years,” Gatrell said. “This is an opportunity to grow, to create something new, to create excitement, new structures and to focus on our future.”

Gatrell said the quick deadline for creating new colleges by July 1, 2018, is essential to making sure the changes are implemented and not put off, while labeling 2018-2019 a “year of transition.”

“I know (the timeline) seems rather fast, and it probably is, but if we don’t do it now, it’s probably not going to happen,” Gatrell said.

Gatrell said no staff positions or classifications will be eliminated, some might just be renamed depending on the deans.

Also announced during the presentation was the hope of hiring a general education coordinator as well as rebranding the current Center for Academic Support and Assessment as an Academic Success Center.

Gatrell said he thinks the changes will be beneficial to enrollment as well as all of campus as Eastern strengthens its mission and takes advantage of these times.

“This is a unique time in the history of this institution, and there’s a lot of energy around these themes (and) these priorities,” Gatrell said.

One faculty member said she was curious about what the money savings would be by combining colleges in this way.

Gatrell said there would not be a savings per se, but that these changes would be budget neutral.

“If we had the resources to invest half a million dollars I could see a different configuration,” Gatrell said. “But given my planning parameters ¼ I think it makes sense.”

Gary Bulla, department chair of biological sciences, said the College of Liberal Arts and Sciences had the potential to be a very large, maybe unwieldy college.

“There’s always concerns with how the structure’s going to work regarding resources,” he said. “It may not be a big concern once you get there, it may work out just fine, but you just don’t know until you get there.”

In a bigger college, departments might have less influence on how resources such as faculty hires, money for research, or classroom supplies work, Bulla said.

However, he added that he imagines the combination will work out as long as resources do not diminish per department.

Music professor Stefan Eckert said he is not opposed to the idea of change, but there are details that need to be worked out.

There are “nitty-gritty details,” that should be looked at, he said, such as the fact that the sciences and the humanities have different funding models and different needs.

Though Eckert has colleagues he works with in the sciences, he said having faculty get to know each other across the two colleges might be challenging.

There is language in the EIU-UPI contract regarding unit and department reorganization.

EIU-UPI president Jon Blitz said if contractual language says the union has to be involved it will be involved, but he does not see major contractual issues arising as of yet.

Some of it might be applicable in terms of Departmental Application of Criteria, or how faculty members are reviewed, though once a new UPI contract everyone will have new DAC anyway, he said.