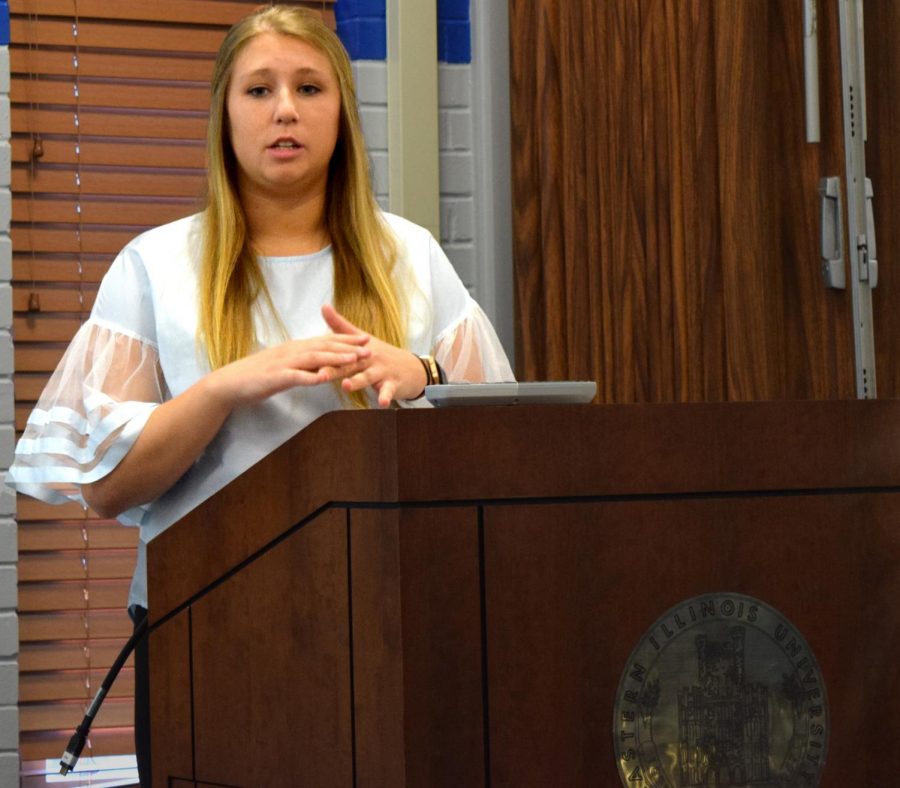 The four unopposed candidates for the student government executive board spoke at a forum Thursday night in the Charleston/Mattoon room of the Martin Luther King Jr. University Union.

“Right now, I think just getting (the UB and student government) to work together, on small events and big events, I think that would be really beneficial,” Cash said.

“My hope for (increasing student participation) is to do what hasn’t been done before and to go sit down with a marketing professor and try to figure out how to reach people in the world we live in today,” Cohen said. “I feel like a lot of things that have been done in the past are outdated and trying to continuously do the same thing over and over (while) not (making) any progress.”

Gordon, a sophomore biological sciences and pre-medicine major, said her goal as student vice president of academic affairs would be to increase the flow of feedback from the student body to RSOs and the student government.

Stoklosa, a history teacher education major, said his goal as the student vice president of student affairs would be to improve not only his individual college experience, but the entire student body’s experience as well as to create a sense of community for students at Eastern.

Stoklosa said one way he plans to do this is to get more funding for RSOs so they can spend less time fundraising and more time creating connections.

Friday will kick start the campaigning for these positions, with online voting happening April 2 and 3, and on April 4, unofficial election results will be announced.