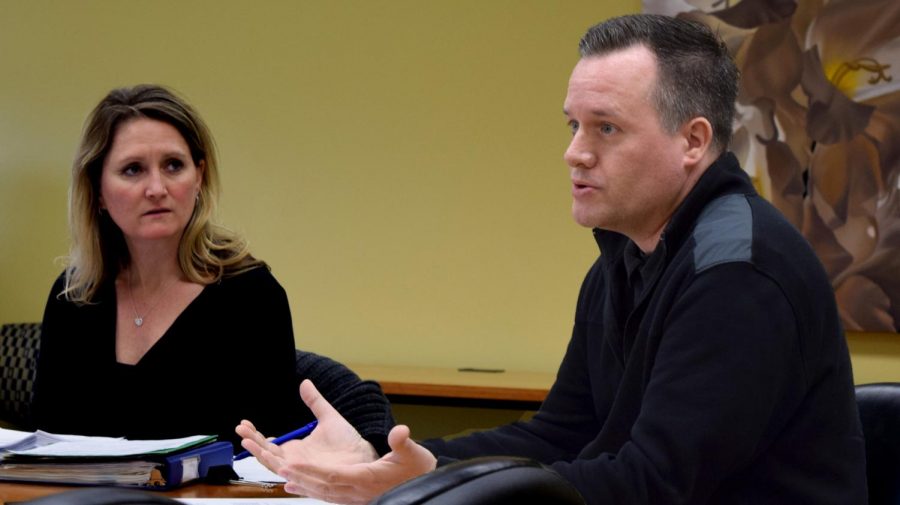 The Council on Academic Affairs kicked off spring break with the approval of 24 new and revised courses, minors and majors at its meeting on Thursday.

Chris Kahler, chair of the art department, presented two revised majors and one revised minor, including adding a graphic design option to both the art major and the bachelor’s in fine arts (BFA), as well as the graphic design minor.

“The main thing that I’ve been interested in in looking at my department and looking at the future of my department is we had an 80 credit BFA only, in graphic design and other commuting schools were killing me with two plus two programs,” Kahler said.

Kahler said he and his department worked to get the revised proposal for the major programs from 74 credits to 54 credits.

“The main thing that I’m excited about is that I have now two degrees that are much more efficient than they were when we started,” Kahler said.

Walus said he and the rest of the communication studies department are extremely excited to have this new major.

“This is the major that’s kind of the culmination of two years of revision in the mass communications option to really focus on our strengths, to figure out where some of the limitations were at (and) to utilize the existing resources all over this great campus,” Walus said.

The journalism major catalog wording was also revised and approved by the council.

The RN to bachelor’s in nursing was revised to clean up the language found within the course and course description.

All courses approved at Thursday’s meeting met the last day of the deadline for being included in the fall academic catalog.