OPINION: Eastern will be back to OVC Tournament 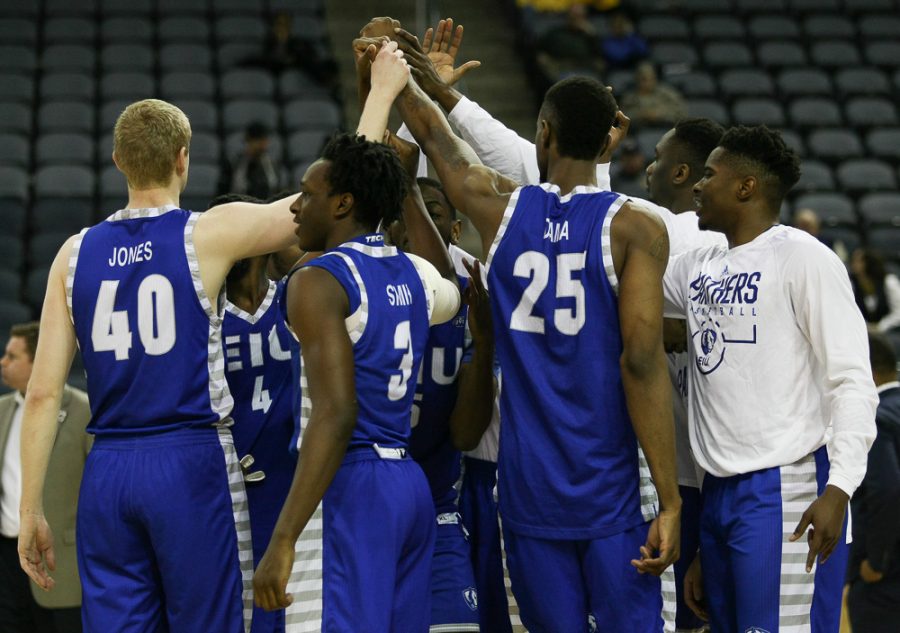 The Panthers lost Thursday night to Austin Peay ending their OVC Tournament run in the second round. Eastern has a lot of pieces returning in 2018-2019 and can make a push for the OVC Tournament again.

EVANSVILLE, IND.— As the final buzzer sounded Thursday night, it marked the end of the Eastern men’s basketball team’s season. Upset players walked off the floor with towels draped over their heads, some knowing that it was the last time they will walk off a basketball court as Panthers.

There is no doubt losing Montell Goodwin, Muusa Dama, Ray Crossland and Devantae’ Price is going to hurt. In just two years, those seniors, became the faces of Eastern basketball. But the future is bright for Eastern with what is returning next year.

Goodwin, Dama and Crossland were captains throughout year. Goodwin did not say much, but when he did speak up, he said the right things and people listened.

Coach Jay Spoonhour said he wished that guys like him would speak up even more, but what Goodwin had to handle this season was beyond what he expected and the team expected. Goodwin saw the trainers twice a day to keep ready for games as he was pumping out 40-minute games regularly.

Spoonhour said guys are going to be who they are.

“He’s just the best guy you could ever be around,” Spoonhour said following Eastern’s regular season finale against Southern Illinois Edwardsville Feb. 24. “He’s a sweet person, he’s just a very nice person. I’m happy for him.”

And the guy they call “Silk”, stayed steady throughout it all, and helped Eastern get to the second round of the OVC Tournament, a place that was hardly welcoming for a team that played 2017 losing four players to injuries .

Dama brought an energy to the court that fired up Eastern with dunks and blocks. He ended the season averaging 9.9 points per game and was always strong in the post.

If a player was driving, Dama was there to swat it back. He finished second on the team in blocks with 36.

Crossland’s defense was solid night in and night out and Spoonhour referred to it regularly. His minutes increased toward the end of the season, even playing all 40 minutes Feb. 17 against Tennessee-Martin.

Crossland, just like the rest of the guys on the team, had his role switched up throughout the year.

“In the previous years, I was able to play offense, but I just played my role knowing the weapons we had on our team, so I just played a lot of defense,” Crossland said following Eastern’s regular season finale against Southern Illinois Edwardsville Feb. 24. “I knew coach needed me there. Then when he needed me on offense, I was able to step up on the offensive end,” Crossland said

But, at some point, this season is going to be put behind the Panthers and they will move forward to next season.

Jackson and Lewis did not get a fair shot at 2017-2018 as both dealt with ankle injuries. Lewis redshirted because of it and Jackson tried to return, but he struggled to get back to a high level.

Diallo led the Panthers in blocks with 47 and Starks found ways to get to the rim and shoot the deep ball as well. Jones also found a role in Eastern’s lineup the latter half of the season.

One of the biggest returns for next season could be freshman Mack Smith. He earned All-OVC Newcomer team honors this year and stepped up into what would have been Goodwin’s role this season.

Smith was second on the team in scoring averaging 12.4 points per game. He scored 20 Thursday night in the Panthers’ loss to Austin Peay in the second round of the Tournament.