Speaker discusses mental health, how to find ‘PEACE of Mind’ 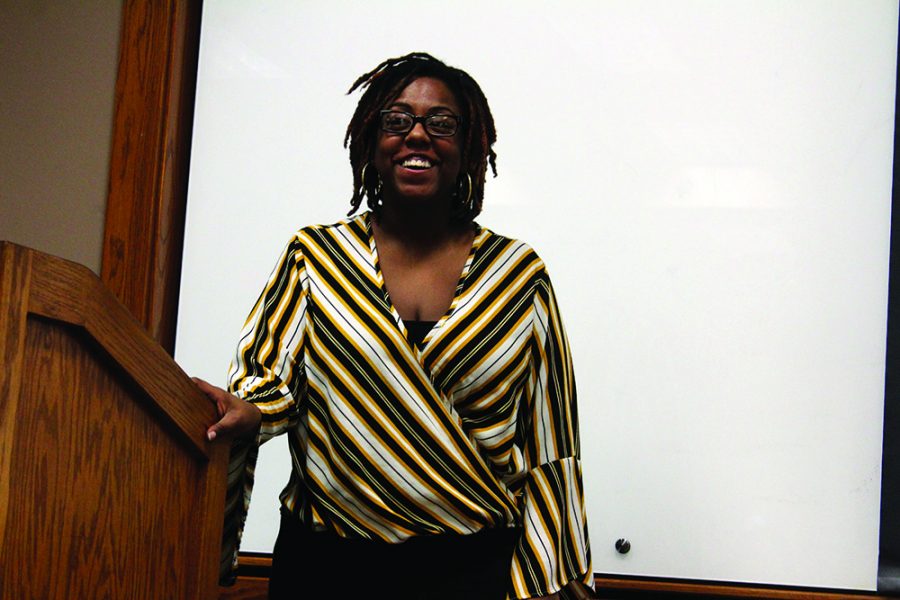 After years of struggling with mental illness herself, Tilly-Ana Ceriser wanted to return to her alma mater, Eastern, to help others who might be experiencing the same challenges.

Ceriser talked about the issue during an African-American Heritage Month presentation, “I Gotta Find A PEACE of Mind: Black and Mental Health” on Monday.

“When I went to the hospital after dealing with a panic attack, I thought that either I deal with what life is giving to me or I don’t,” said Ceriser, who was diagnosed with PTSD.

She said getting fired from her job was the breaking point when she started developing suicidal thoughts, but she was later able to find a therapist.

Ceriser interned for The Suicide Prevention Center. The number of calls that she received showed her what a serious issue mental illness is.

Within the suicide prevention center, there was a hotline, depression line and a lifeline, Ceriser said.

Ceriser advised students to find a new therapist if they do not like their current one. There are also a variety of other approaches that they can choose, including the holistic approach, which involves exercising and eating better, cognitive behavior therapy and medication, she said.

During their treatment, people may experience guilt, anger and anxiety, Ceriser said. She said people experiencing anxiety may have trouble with their short-term memory and may not want to do anything.

“Anxiety is like having tons of bricks on your chest and not being able to breathe,” Ceriser said.

She described depression “like having a good day and then losing control. You may feel like nobody wants you and that you might as well just go.”

Ceriser uses self-affirmation tactics to deal with these feelings.

She said it is important to take time to focus on one’s self and to have a good support system.

“We might be told that other people have problems and that it’s best just to pray about it. My mom tells me not to cry, but my therapist tells me that I need to cry. I need to remind myself that my anxiety isn’t a joke,” Ceriser said.

Ceriser said that if students are thinking about hurting themselves, they need to acknowledge and remove those thoughts, and if something is messing with their well-being, they do not need to be doing it.

According to Ceriser, the dangers of not getting help can include making poor decisions, being taken advantage of, developing unhealthy habits and people putting themselves into dangerous situations.

“Within my family we have a cycle and I want to break it,” she said.

“In the black community there’s this stigma that we’re too strong to talk about mental health, but it was necessary for us to learn about helpful resources,” said Shaviyah Brown, a junior athletic training major.

Every single day of their lives people, live through (depression), said Shaun Johnson, an English alumna who graduated in 2013.

“People may suffer silently, but it’s important to get help,” Johnson said.

If someone is experiencing suicidal thoughts, they can call the National Suicide Prevention Hotline at 1-800-273-8255.

Eastern’s Health and Counseling Services provides free counseling to students, as well as access to other forms of mental health treatment such as medication.