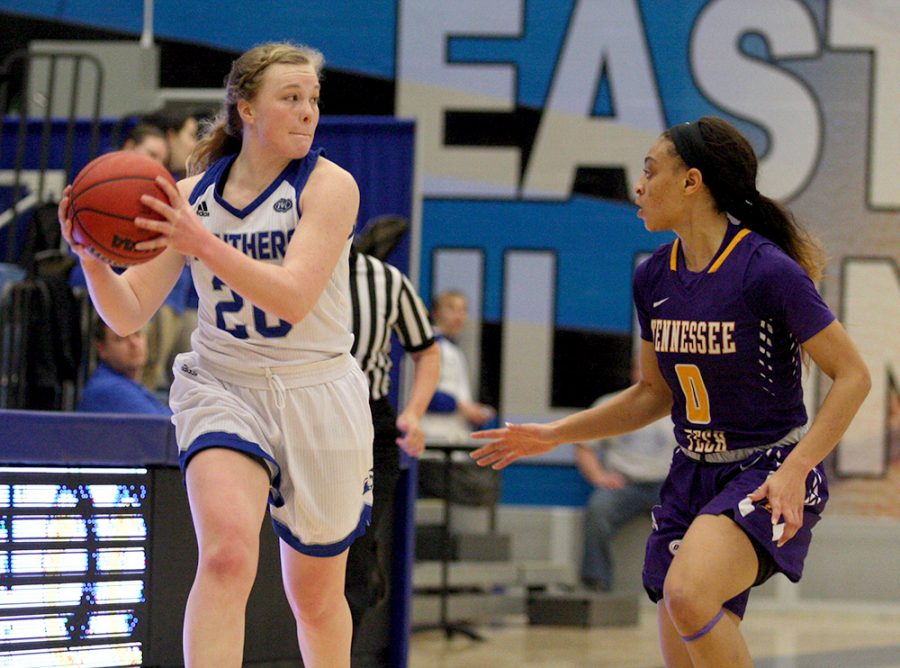 The Eastern women’s basketball team will seek redemption over No. 5 Austin Peay Saturday after losing to the Governors 59-69 back in December.

A lot has changed since the Panthers traveled to Tennessee earlier in the season. Coach Matt Bollant said Austin Peay will see a more refined defense and new players emerging as leaders on Eastern’s end.

“We played them early, so a lot has changed. Karle Pace certainly is playing a lot better now. We are better defensively as well,” Bollant said.

Bollant said in the teams’ first meeting, his team did not live up to its potential in the third quarter, which had a negative impact on the rest of the game. The Panthers had four turnovers, three fouls and seven missed shots in the third quarter alone.

Bollant said the strategy this time around is to put the team’s “all” into every quarter.

“The biggest thing is get off to a better start against them. (We) just want to be consistent four quarters,” Bollant said. “We are doing a better job of handling the ball and getting more used to playing without Grace Lennox; our freshman guards are getting more experience, which is helped as well.”

Austin Peay most recently beat No. 6 Southeast Missouri 61-50, a feat Eastern could not quite accomplish. Austin Peay’s Brianne Alexander had a big night against the Redhawks as she knocked down a career-high 26 points.

Much like Eastern, the Governors struggled in the third quarter, holding Southeast Missouri to eight points and only scoring 10 themselves. Much of their struggles after halftime emerged from a third quarter littered with fouls and turnovers.

While Alexander proved herself to be a player to watch for, Bollant said Austin Peay’s Fallon Baker is to be noted as well. Baker knocked down 12 points against Eastern in the December matchup and pulled down nine defensive rebounds as well.

Baker scored a season-high 25 points against Eastern Kentucky, and she is the second-highest scorer on the team with 228 points on the season. She also has the third-most rebounds on the team with 79.

Bollant said he is hopeful for a game similar to Eastern’s matchup with Tennessee Tech, just with a different outcome.

“We played well against Tennessee Tech and put ourselves in a good position. We’re hoping to do that again (on) Saturday,” Bollant said.

Austin Peay has a losing away record this season as it sits at 5-7 on the road. Eastern has won just two of its 11 home games this season.

Eastern still sits at the bottom of conference standings with a 1-12 conference record and an overall record of 2-22. Austin Peay is 6-6 in the conference and 13-10 on the season.

Saturday’s game will start at 1 p.m. at Lantz arena. This one of Eastern’s last three home games before the end of the regular season.