Comedian interacts with and entertains audience 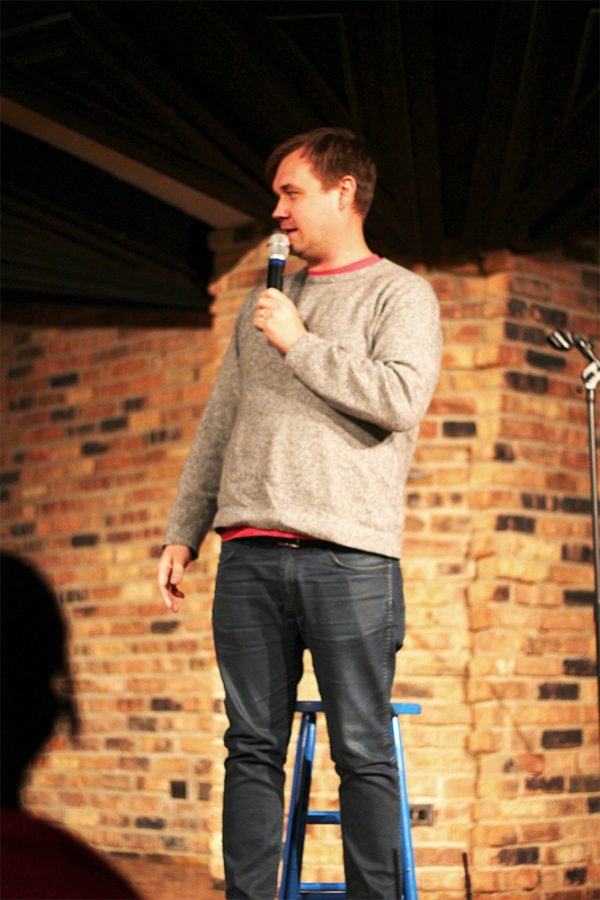 Comedian Andrew Sleighter interacted with and entertained the audience for the University Board’s first show of the year Friday.

Many of the joke topics were inspired by the people who were closest to him and his experiences with them.

His jokes stemmed from his family, bouncing around from his brothers, his friends, to his parents.

Throughout the night, Sleighter talked to audience members, going back and forth in conversation with them and asking them where they were from. The audience was shy at first, but warmed up to the comedian over the course of the evening. While the audience was small, many students seemed to love interacting and speaking with the comedian when he included them in on jokes. Members of the audience often included some of their own experiences that related to Sleighter’s jokes.

Mark Codo, a freshman undecided major, said he really enjoyed Sleighter’s story about playing an extra on the set of “The Great Gatsby,” when he stepped in to be the back of Leonardo DiCaprio’s head in some extra shots. Sleighter said his friends came up with the nickname “The Great Backsby” for having such an insignificant role in the movie. However, the story had a happy ending when he explained how he met his wife on the set.