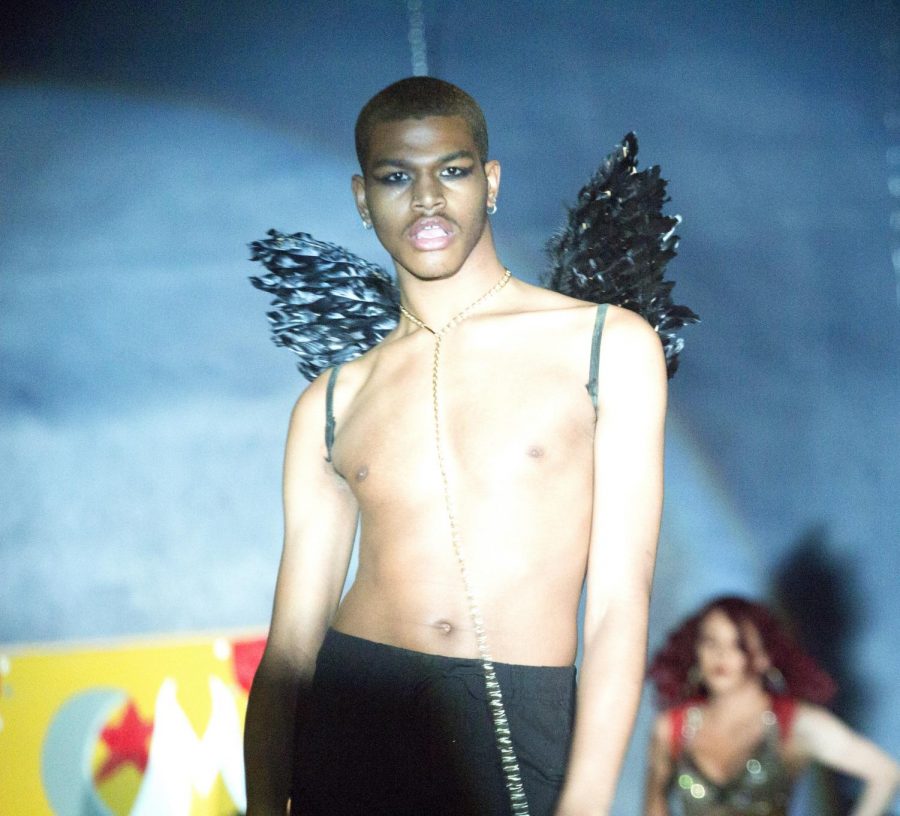 Couture Models delighted and frightened audience members as they turned the Grand Ballroom into a “Freak Show” for their latest performance Saturday night.

The show was hosted by an emcee dressed up to look like a ringmaster, complete with a shiny red jacket and black top hat.

Outside the Grand Ballroom were popcorn and cotton candy machines.

Before one skit, models made up to look like zombies, complete with ripped, “bloodied” clothing, crawled their way up to the stage.

In another, a couple was shown watching the infamous film from the movie, “The Ring.”

“The Freak Show” even veered into political territory for one skit, with one model impersonating former President Barack Obama and another impersonating current President Donald Trump, to loud laughter from audience members.

Following this, a screen on stage announced the commencement of “The Purge,” as models in masks like the ones from the movie strutted down the runway.

Jalen Washington, president of Couture Models and a senior business management major, said organizers went for a scary, Halloween theme because the show was originally scheduled around the time of the holiday.

“We wanted to allow ourselves a lot of time to perfect everything, so we pushed the date back, changed it to ‘The Freak Show’ but we kept the same theme and everything,” he said.

The theme was chosen because it is something “very random, very out there, very bold, but also very entertaining,” Washington said, which is something the models try to incorporate in all of their shows.

“We try to do very theatrical things,” Washington said. “We’re not just going down the runway, but we’re telling a story in a way, or just entertaining people in any way possible. We really throw ourselves out there.”

The models started off practicing two days a week, then three when it started getting closer to show time. Two weeks before the show, they practiced every single day, Washington said.

Though it is a lot of work, Washington said the models get excited before an upcoming performance.

“They invite their families out to come visit, see our shows,” Washington said. “This is very exciting for them. I’m very proud as well.”

“It made me really nervous at first, but it was really exciting once I finally did it,” she said. “Once I got on stage, everything kind of went away.”

Modeling is something that always interested McCarley. She never really took it seriously, but after getting her first show under her belt, McCarley said she feels like she has the confidence to do it.

Though McCarley was unsure about the “Freak Show” theme at first, she said it came together “really nicely” in the end.