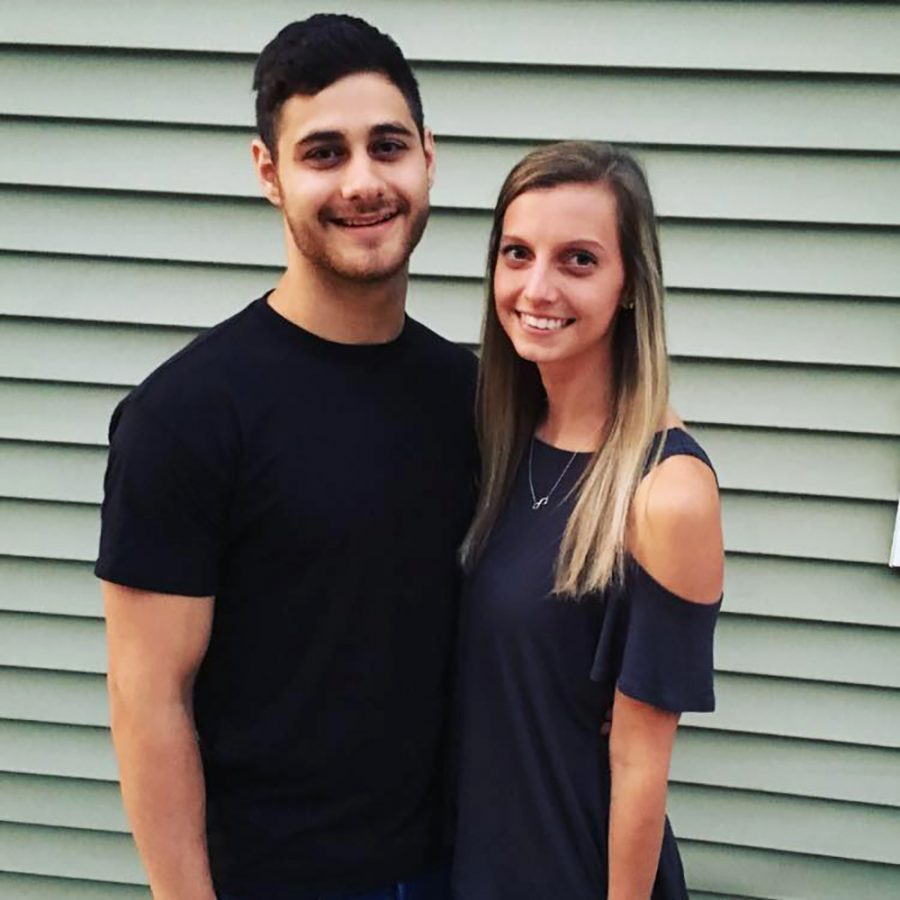 Steve Fishman is pictured here with his fiancée Nikki Peck. Peck and Fishman were engaged on Dec. 22.

For some Eastern men and women swimmers, they practiced over break; however, senior Steve Fishman only swam once, as he was busy celebrating his recent engagement.

On Dec. 22, Fishman proposed to Nikki Peck, his girlfriend of over three years. Not only is Peck his future wife, she has been much more than a girlfriend to Fishman and has supported him throughout his swim career.

“She’s always kept me in a positive mindset and has always been my number one fan,” Fishman said. “She motivates me to do my best and when I don’t do well, she’s there to get me out of my funk.”

A specific moment when Peck helped motivate Fishman happened last year right before conference in February. Fishman said he was unsure about how well he was going to perform since he was coming off of a broken collarbone, but Peck helped him push through.

“She got me out of my funk and told (me) to go and do my best and leave everything in the pool,” Fishman said. “I ended up breaking a record for the 400 IM.”

Peck is a fourth-grade teacher, making it a challenge for her to watch Fishman compete. However, this year, Peck has been able to make a few trips to Eastern and to away meets to watch Fishman swim.

As for Fishman’s teammates and coaches, Fishman said they have all congratulated him and been supportive.  Specifically, coach Jacqueline Michalski is excited for Fishman and his future wife Peck.

“It has been a pleasure to watch the love story of Peck and Steve evolve over the last four years,” Michalski said. “I had a feeling that their relationship would take another level and was excited to hear of the news of their engagement over break.”

For some student athletes, becoming engaged in college is a huge step and could affect their school life, altering their athletic performance or their school work.  Fishman has done well at balancing all aspects of collegiate life and Michalski has no concern with Fishman’s performance.

“Steve has always done an amazing job,” Michalski said. “And balancing all areas of life so I knew he would be able to finish the season strong.”

However, break is over and Fishman is now back to focusing on his school life. The Panther’s winter break is only three weeks, but the Panther swimmers  returned after two weeks.

Easing back into rhythm and shaking off the rust is not the case for Panther swimmers as they return to a vigorous practice schedule.

“We came back a week earlier and did triple practices as ‘hell week’ to really push us and get us ready for our conference coming up in February,” Fishman said.

The Panther swimmers’ next meet will be Jan. 13 as they travel to Evansville, Ind. to compaete against Evansville for their first meet of 2018.