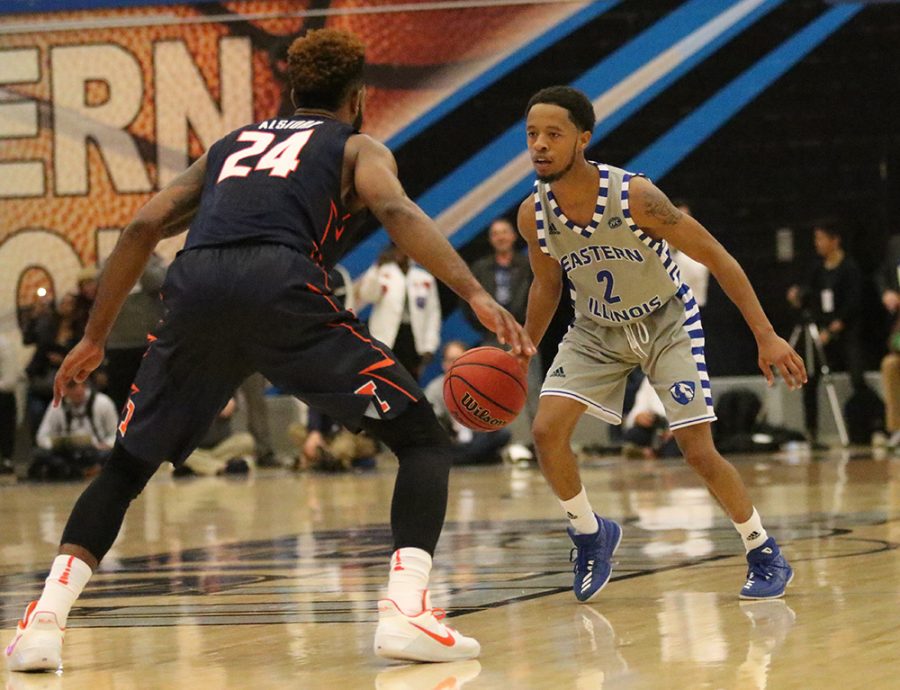 Just two wins through eight games is not really where the Eastern men’s basketball team expected to be at this time of year.

It is also worth mentioning the Panthers have now dropped three straight games, but it is just non-conference play so it Is OK right?

Well, not so much.

Eastern faces a vital stretch of its season in the next 10 games, because that non-conference schedule that can sometimes be taken lightly is nearing an end.

On the bright side, the Panthers have easily prepared themselves as well anyone else, with a tough set of games against San Diego State, Nebraska and Marquette.

While those appear to be some big name teams it is also worth taking a look at how good those teams actually are.

Yes, they offer up some tougher competition than an average non-conference slate usually could, but they are still beatable teams.

That is also why the Panthers have had four of their six losses come by four or less points.

But, it is time for Eastern to take a look ahead and start to mesh together ahead of OVC play.

The Jaguars come into the matchup offering a winnable game for the Panthers, as South Alabama is 5-4 but has wins against some lower level teams to this point.

That marked an end to what has been a tough road trip for Eastern, which resulted in three losses.

It also stands as a chance for the Panthers to prove they can win games on the road considering all six of their losses have come there.

What is most important about this upcoming stretch though is the final two games that come before conference play, and that is because they will be played at Lantz Arena.

If there is any place for Eastern to build some momentum, there is not a better opportunity than coming off a possible road win and securing two wins at home.

One of those games may be tough to clinch though as it comes against a team that Eastern has already lost to this season in Western Illinois.

And unlike the Panthers have had, Western has found plenty of consistency on offense.

The Leathernecks have three players averaging at least 10 points per game with Dalan Ancrum leading the way at 19 points and six rebounds per game.

That is just something Eastern has been missing, but that is what this stretch of games can do.

It offers a time for the offense to click and find its groove considering it has been up and down to say the least.

The Panthers are desperate for consistency in this upcoming stretch as mid-game cold streaks have been the difference.

They will get a lighter test though when Saint Francis of Illinois comes to town in the final matchup before the OVC opener against Murray State.

The need for momentum is at its greatest as well because of how the OVC slate opens up for Eastern.

The Panthers will have no easy task by starting with four straight on the road, and it comes against some of the tougher competition in the conference with games against Austin Peay, Murray State and Morehead State.

Time will tell what Eastern team will show up to play as both the good and bad have been clear throughout these first eight games of the season.