Director talks about impact of theater 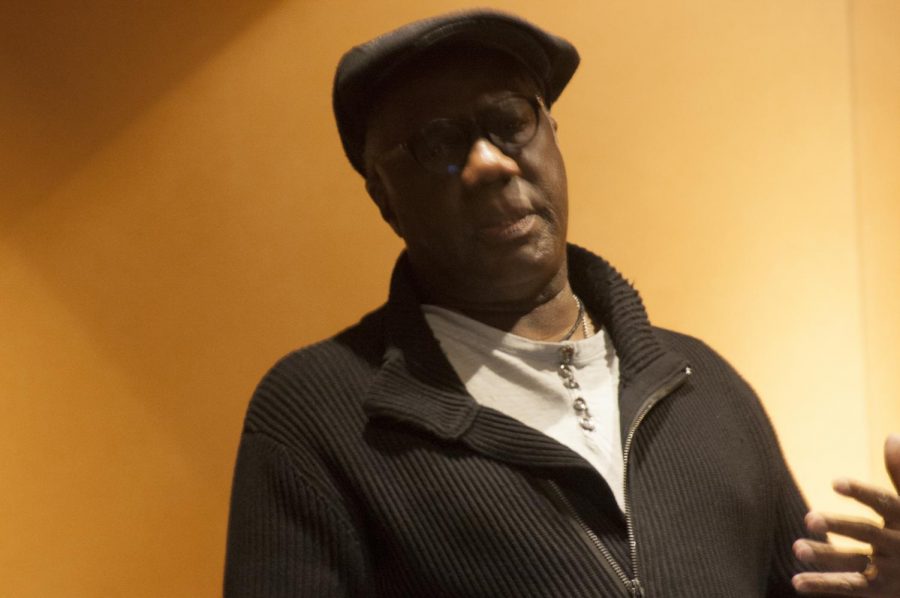 Ron Himes, an artist-in-residence at Washington State University, gave a presentation Tuesday night in the Lecture Hall of the Doudna Fine Arts Center.

Ron Himes, an award-winning director who created the St. Louis Black Repertory Company, addressed the value of theatrical performance and its ability to impact people on an emotional level in a speech Tuesday in the Doudna Fine Arts Center.

Himes said the theater possesses an unparalleled ability to unify emotions while also having the capacity to spur on societal change.

During his talk, Himes set a stage scene familiar to the common playgoer. The audience filed into the auditorium, the lights dimmed and the curtain rose. These attendees shared in the same emotions implicit to the theatrical stage, regardless of race, sexual orientation or economic status, Himes said.

“What you do realize is that they laughed when you laughed, they gasped when you gasped, they reached for a tissue and you handed it to them,” Himes said. “If we can experience in the dark of the theatre, we must learn to share when the lights come up.”

The performances developed by Himes’ production company have touched on contemporary themes and addressed injustices experienced by the African-American community.

“The theater, at its best, is a mirror of the community,” Himes said. “So, it gives us the opportunity to see an issue and to be able to talk about it in a context that allows us the freedom and some distance.”

Many emotions are ubiquitous to society as a whole and fully manifest on the main stage, Himes added. He said although audience members may be different in one way or another, some experiences could be viewed as relatively analogous.

Himes said theater can be universal as well because people all share the same feelings and problems.

“When you are hungry, it is no different than when I am hungry. You love the same. We have cultural differences,” Himes said.

Himes narrated his own experiences in play productions, recalling a situation in which his friends told him the university had impeded African-American students from participating in theater.

He reminded them that they were paying tuition, thus they were entitled to the art facilities on campus. Himes told them that if the university would not cast them in school plays, they could start their own productions. This chain of events paved the way for the Phoenix Theatre Troupe which, over the years, evolved into the St. Louis Black Repertory Company.

In one of his first attempts at theater, Himes auditioned for “Death of a Salesman” as a student at Washington University. While Himes made the final stages of auditions, the stage director cut him from the play, telling Himes that he could not see any way he could cast him in the play. Himes said he knew full well the reason behind his dismissal, as he was the only African-American left in the cast pool.

The National Black Theatre Festival decorated Himes with the 2017 Larry Leon Hamlin Producer Award, an honor given to those producers who have made major contributions to the American theatre and entertainment industries.

During his time at Eastern, Himes has collaborated with students to perform a theatrical piece, which he said will highlight social justice and change.