Panelists open up about immigration struggle 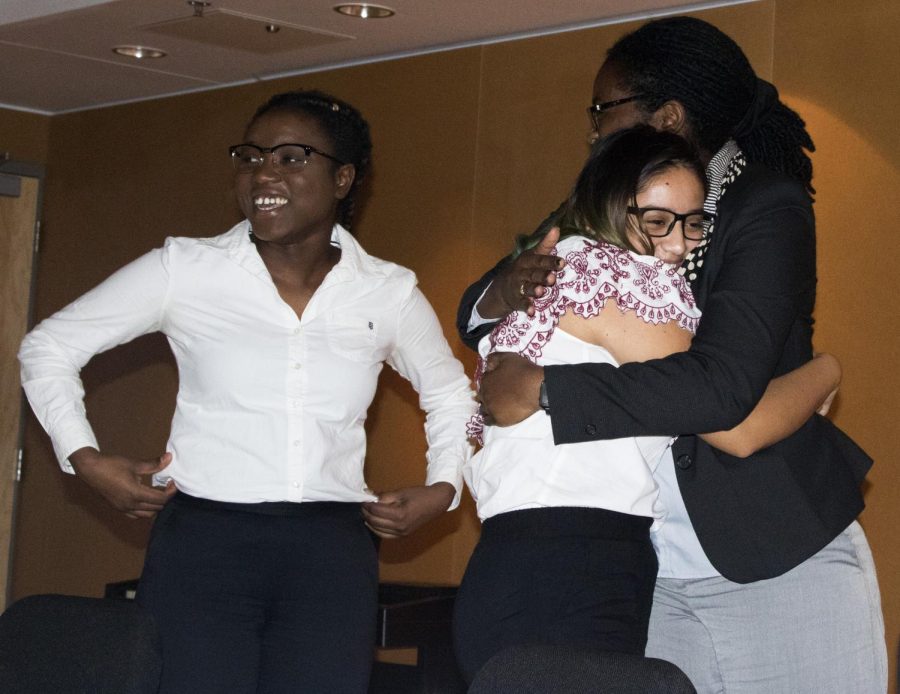 When Claude Abdoulaye-Pedila, a psychology major, was born in the Congo, her parents had a life-changing decision to make.

Because her grandpa was the mayor in her hometown in the Congo during a civil war, her family was in danger.

Her mother told her when she was born; her family had to make the decision on whether or not to keep her and leave the county, or leave her at the house to get killed by the rebels.

“They chose to take me with them,” Abdoulaye-Pedila said. “My family hopped from country to country until I was four years old.”

Abdoulaye-Pedila’s aunt and uncle in the United States were able to get her and her cousin to the country, where they were granted Asylum.

She is now in the process of getting her green card.

Stories like Abdoulaye-Pedila’s were told at a panel detailing students and faculty’s challenges during their own immigration experience. The panel is a part of International Education Week, which takes place through Saturday.

Muruato came to the United States from Mexico when she was six, and is still undergoing the immigration process.

She is a recipient of Deferred Action for Childhood Arrivals, and first applied when she was a sophomore in high school.

As a child, it was hard for Muruato to speak up in school.

She said there were many times she or other members of her family were stopped on the streets because they looked “illegal.”

“I really don’t like to use the word illegal because…I feel like it kind of makes people feel different,” she said.

Muruato said DACA lifted a weight off her shoulders, allowing her to get an education and work legally.

She came to the country not knowing English, but now, Muruato dreams of becoming an immigration lawyer.

“If I’m able to one day become a U.S. citizen, I want to help other undocumented students,” she said.

Abdoulaye-Pedila has the same career goal.

“I understand the process and (I want) to be able to help my clients go through everything they are going through and their struggles,” she said.

A couple of audience members brought up the fact that in immigration debates, people often say undocumented immigrants should “just get a green card.”

However, all of the panelists spoke on how much money— sometimes, thousands of dollars— it took to file paperwork and get documents needed to go through the immigration process.

Unscrupulous lawyers can also create problems, with one scamming Abdoulaye-Pedila out of $2,000 once.

It is not only the finances that can be challenging. Even the process of getting feedback from the government on one’s application and other materials can take a while.

“One time, it took me three months to get feedback,” Abdoulaye-Pedila said.

Abdoulaye-Pedila and Muruato both said they leaned on their family to get through these bumps in their journey to becoming a citizen.

Muruato said she has a good support system in her family and roommates.