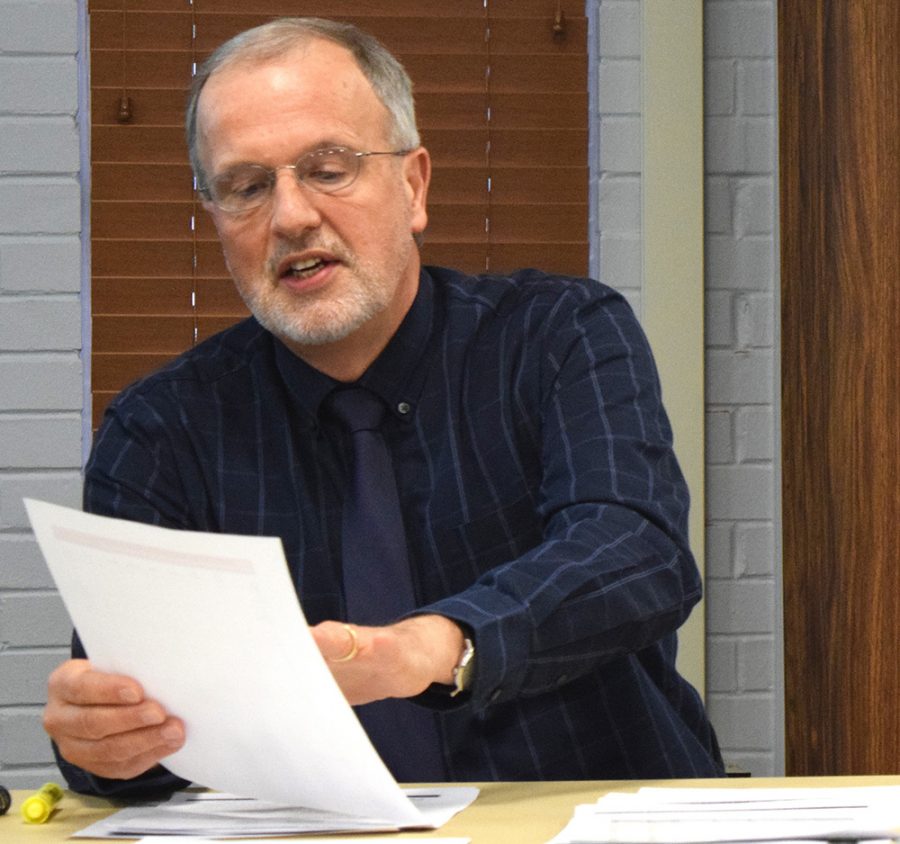 Richard Wandling, chair of the political science department, talked about Eastern’s future with hope. “We’ve had some bumps and bruises over the past two years, … but I’m optomistic,” Wandling said.

Illinois’ lack of funding, specifically for higher education and pensions, was dissected in Wednesday’s “Higher Education, Pensions and Politics” panel.

One audience member said in the past, higher education was seen as a social good, while now the perception has changed to define it as a personal good, which might be why funding has been lowered in the past couple of years.

With higher education being seen as a public good, it leads the state and federal governments to underfund programs, which raises tuition and makes a college degree harder to achieve.

The possibility of consolidating universities to avoid redundancy or to increase specialization was also discussed.

With campuses being limited to specific majors, diversity in interests would begin to disappear at universities.

Richard Wandling, chair for the political science department and one of the two panelists, said this specialization would make it harder for students to change their major and limit exploration.

Although the panel agreed that things are not very hopeful right now, Wandling said Eastern should stay positive about its future.

“I’m optimistic,” Wandling said. “If we have some stability in our budget, we will find our way. There’s always a need for institutions like EIU, because we serve many first generation students, we provide a lot more access to faculty, to retention, to student welfare, and so I think if anything needs to happen, it’s that faculty, students, staff, community members can be vigilant and taking that message to legislators.”

Madeleine Doubek, director of policy and civic engagement for the Better Government Association and another panelist, said she thought state government was apathetic toward the effects of the past two years on higher education.

“I don’t think that (Gov. Bruce Rauner) lost a lot of sleep over what happened during the two year impasse,” Doubek said.

The panel also discussed the growing concerns with underfunded pensions and the improbability of improvement in the near future.

According to and article in USA Today, Illinois pension problem: Illinois’ pension plan is between $130-250 billion under-funded.

This level of under-funding could cause problems for future generations, as there might not be any money left for pensions by the time Eastern students, and younger generations, need to use it.

One reason improvement is difficult is Illinois citizens believe they are already being taxed enough, Doubek said.

“Take what just happened with the soda tax revolution and repeal in Cook County and I certainly think there’s a sentiment out there that we’re taxed enough in Illinois,” she said. “I think it would be very difficult to increase a tax to contribute more towards pensions.”

The main way people can stand up for pensions, higher education or other matters that are important to them is to pay attention and speak up, Doubek said.

“We need to be very vigilant and pay attention to what’s happening … all the time,” she said.