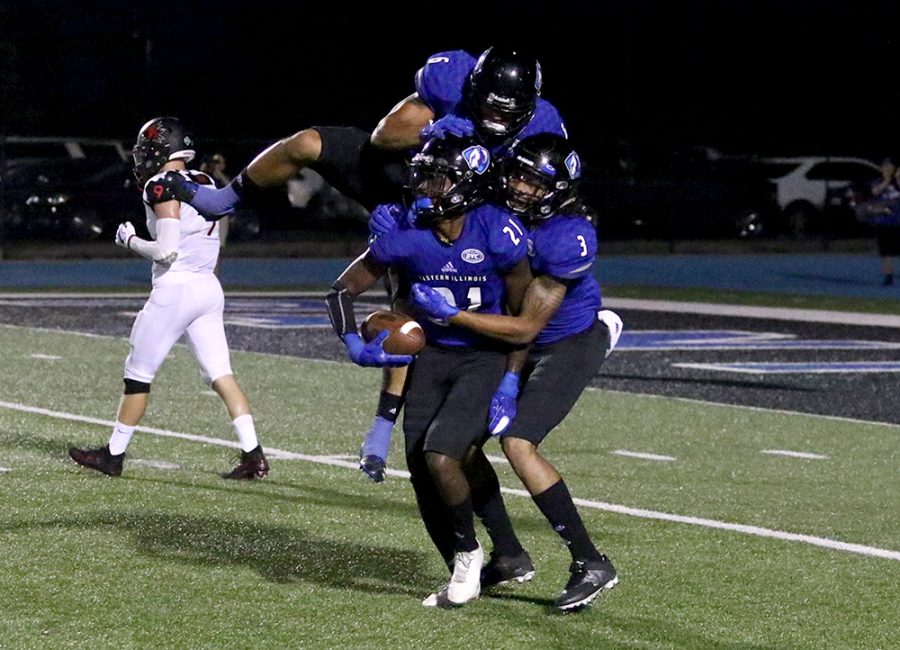 The Eastern football team picked up two wins to start Ohio Valley Conference play by matching scores of 19-16, and the defense has been the anchor for the Panthers to start play and for the entire season so far.

It has taken some time for the offense to get going. It is starting to, but still has a ways to go. However, senior Nick Horne and the defense has been strong.

And this week will be no different for Eastern.

“It’s just a different opponent,” Horne said. “We’ll still come out, we’ll play our game, it doesn’t matter what team we play. We’re just going to come out and play our game.”

Tennessee Tech is at the bottom of the OVC, as it is still searching for its first win in conference play, as well as for the season.

Playing in tight games does not change the defense’s mindset or add any pressure to their game.

Just as the Eastern defense does not worry about what is happening on the offensive side of the ball, the entire team has already forgotten about last week’s win, and are preparing the same way as they did last week, coach Kim Dameron said.

Even though the offense has struggled to put up points, Dameron said he does not want to take anything away from the talented defenses they have played.

Tennessee State’s defense has only allowed 17.6 points-per-game. Southeast Missouri does a good job stopping the run, allowing 605 through five games this season. And the run game is what the Panthers used to just get by the Redhawks.

Northern Illinois has allowed 21 points-per-game to its opponents, but after beating the Panthers in week two, the Huskies went on the road and beat Nebraska.

“We’ve played some really good defenses,” Dameron said. “But we have to get more people on the same page more times, and the timing of everything has to improve.”

Dameron said he wants more execution from the offense.

One thing that is no secret for Eastern in the past two weeks especially, is that it likes to run the ball. And it all starts with redshirt freshman Scotty Gilkey Jr.

If the run game stops for the Panthers, that is when mistakes happen and ends up leaving the defense on the field longer that they want to.

“That’s the thing about being able to run the ball, is that you are able to control clock,” Dameron said. “I know that’s not a big thing and that’s probably not in vogue right now, but for our football team right now and who we are and how we win football games, that is who we are right this minute.”

He said what they have to do is control the football and keep the defense off the field, but when they are out there, they have been pretty good.