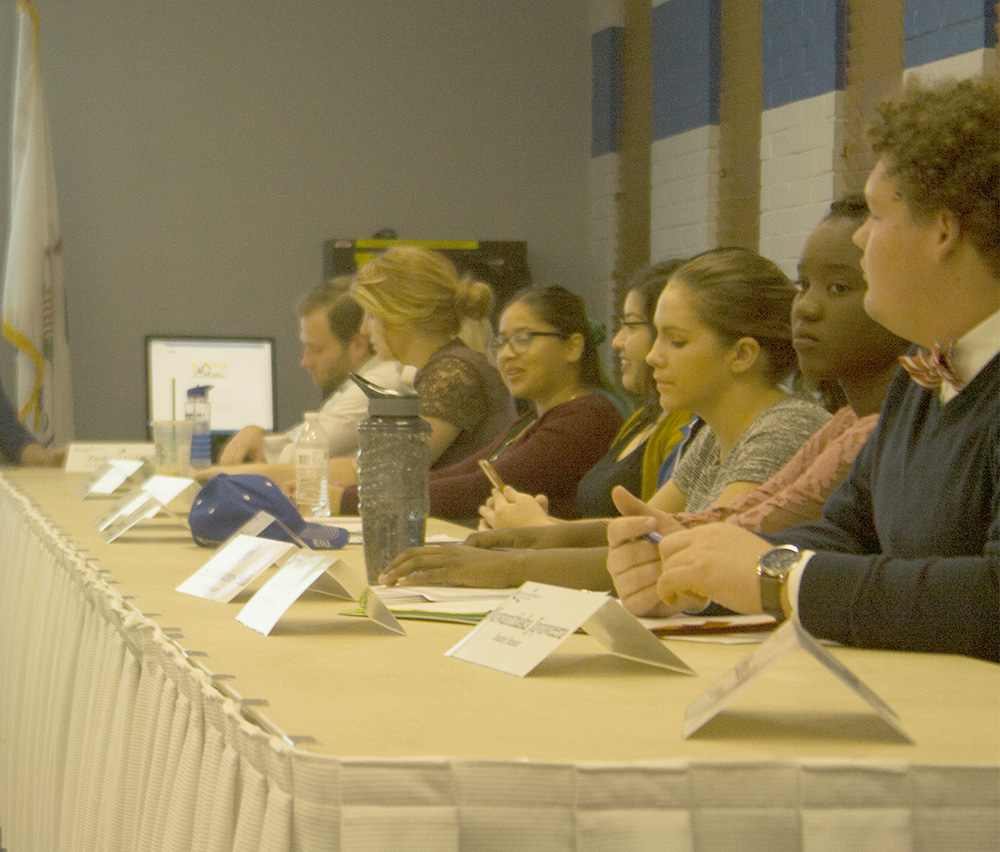 The Student Senate meets in the Arcola/Tuscola room for a meeting beginning at 7:00 pm on Wednesday night. The meeting begins with roll call as everyone takes a seat.

Student Senate Speaker William Outzen introduced his event “1st Thursday” to the senate. Outzen said the senators will go in front of the Doudna Steps from 1-3 p.m. on the first Thursday of every month and to gather information about what students want to see changed on campus.

“1st Thursday” will be held for the first time on Oct. 5.

Outzen said he will read all the responses students give and hand out the recommendations to the proper committees so issues are taken care of.

Aldi’s will not have an official stop because it is not feasible, Young said. He said there was not enough time to make Aldi’s both a drop-off and pick-up destination.

“Aldi’s will be having a drop-off point by request,” Young said.

Young had sent a draft memo to Kent Martin, chief of the University Police Department, to send out to the student body. Young said a person may be dropped off at Aldi’s if the bus driver thinks there is enough time, weather permits a drop-off to occur and it will not make the rest of the route late to their destinations. The pick-up point will still be at the Walmart parking lot.

In his presidential cabinet report, Young said he still needs a representative for on-campus life.

Rebecca Cash, the vice president of Academic Affairs, said 13 students total showed up to her first Prowlin’ with the Prez event and Trivia with the Prez.

“You guys are the faces of the student body, you guys are supposed to be gung-ho about everything happening on campus,” Cash said. “If you guys do not want to go to stuff, then why would the 200 students you represent want to go?”

Cash said she will be visiting EIU 1111 University Foundations courses to talk about scholarship opportunities, how to apply and their importance as part of her outreach. She hopes to have it accomplished by mid-October at the latest.