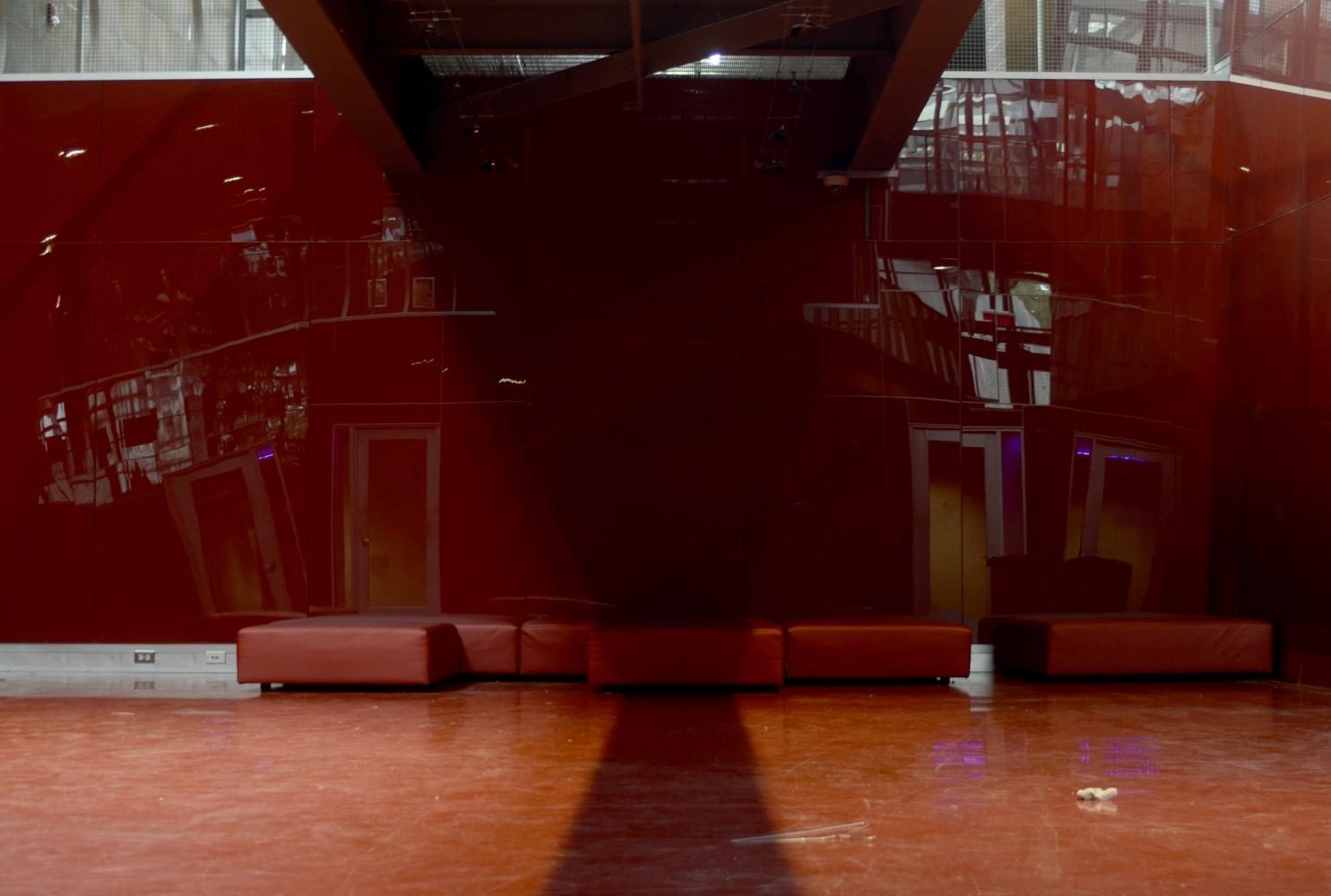 Josh Bost, a social studies education major, said his favorite study spaces include the Red Room in Doudna because of its openness and unique color.

With classes right around the corner, finding the perfect study spot can play an important part in jumping into the academic year.

Morgan Colvin, a sophomore political science and English major, said a bench across from the Napoleon plaque, dedicated to a dog who used to roam around Eastern, is her favorite place to enjoy nature while getting her work done.

“I like looking at the tree. Sometimes, it has nice little white flowers that blossom out of it,” Colvin said. “Birds fly around and it is really quiet. It’s nice.”

Colvin said she came across it one day when walking from class.

“I was really upset about some stuff that was going on at home and was just walking by myself when I saw this,” she said. “So, I just came and sat down, and it just spoke to me ever since.”

All of the happy and sad moments Colvin has experienced by the plaque have helped make the spot her own, she said.

“When I first got a call for the internship I did over the summer, I was sitting right here studying,” Colvin said. “I remember just hopping up and everybody was looking at me like I was crazy. That was the best experience.”

Colvin said when picking a place to study, it is important to find somewhere that is comfortable.

Alexis Ziegler, a sophomore psychology major, said the Doudna Steps are her favorite spot to study in the warmer months.

“It’s really nice to be outside in nature,” Ziegler said. “When we’re in class, we’re inside, so it’s nice to get fresh air and good sunlight.”

Ziegler said the Doudna Steps, located outside the Doudna Fine Arts Center, are great for when she feels like getting out of the library or her room to socialize and study at the same time.

“Me and my friend Liz would sit there trying to do homework, listening to people talking and goofing off,” Ziegler said. “We would have fun out there.”

Ziegler said knowing where to study is all about finding a place that works and going from there.

Josh Bost, a social studies education major, said his favorite study spaces include the Red Room in Doudna and the Doudna Steps.

“I have memories of cramming for exams,” Bost said. “Looking back, it was fun because it helped me do well on all them.”

Bost said the Red Room is nice for studying in because it is open to everyone and has a unique color.

Bost said the perfect study spot might not be the first place a person looks, but it is important to keep searching.

“Keep trying somewhere new every time until you find your spot,” Bost said. “Everyone has their own little niche that they like.”

“There are outlets everywhere, so I can plug in my phone and laptop. I like the books and shelves,” Machunga said. “They provide easy access to information, and they kind of hide me from other people so I do not get distracted.”

Machunga said the library is also a great place to meet with classmates to work on group projects because the setting helps keep her on task, even if she has had a long day.

“Chances are, I won’t fall asleep in the library,” Machunga said.

Machunga said having a designated study spot plays a big part in avoiding stress and keeping up with classes.

“Don’t ever let things get to the last minute or else you will never sleep and it will be a hard life,” Machunga said.