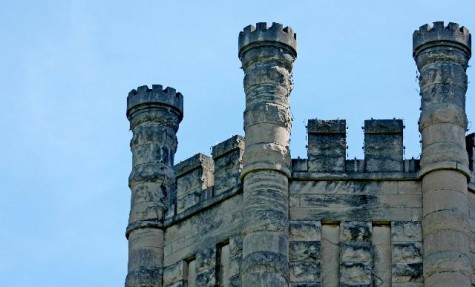 Eastern will receive an expedited payment of $5.7 million as the Illinois Comptroller’s office begins the first release of funds to state colleges and universities in more than seven months.

Eastern will receive an expedited payment of $5.7 million as the Illinois Comptroller’s office begins the first release of funds to state colleges and universities in more than seven months.

According to a Thursday press release from Comptroller Susana Mendoza, the recent override of Gov. Bruce Rauner’s veto of the state budget provided the appropriation authority to use existing higher education funds.

This veto gave the state its first budget in three years.

About $1.1 billion was allocated to state universities and community colleges in the state budget.

Funds released will provide for payments owed to universities and colleges eligible under the Monetary Award Program. State universities such as Eastern, Chicago State, Governors State, Illinois State, Northeastern Illinois, Northern, Southern Illinois University in Carbondale and Edwardsville and the University of Illinois system will receive a total of $327 million in funding. The other $36 million will be given to community colleges.

To assist public universities and community colleges with operations, Mendoza has also told her office to start issuing another $160 million, the press release said.

Eastern President Glassman showed Mendoza some of the deferred maintenance on campus during the Comptroller’s visit to campus, where he told her that Eastern has had to lay off more than 400 staff members during the budget impasse.

“The state’s institutions of higher education were devastated by the budget crisis and their mistreatment proved to a be a breaking point for legislators on both sides of the aisle,” Mendoza said in the press release. “Delivering this money will provide immediate aid to students, parents, faculty and administrators who have struggled for more than two years to pay their bills.”

Paul McCann, interim vice president for business affairs, said the $5.7 million is part of the FY17 appropriation the university received last week from the legislature.

It will be used to pay for FY17 operating costs, such as salaries and supplies, he said.

The university has to voucher the state for its appropriation, so it took some of the salary expenses paid in FY17 and issued a voucher on those.

McCann said about $6.3 million or $6.4 million from the Monetary Award Program is set to come into Eastern in the next day or so.

The university had been floating the funds to pay for students’ MAP grants during the budget impasse. The $6.3 or $6.4 million would reimburse the university for those costs incured.

“We’ve advanced that MAP money, now that’s just money that comes into the treasury that can be used for operating costs,” McCann said.

The biggest of these operating costs is salaries.

The reason the $5.7 million and more than $6 million are now payable to the university is because they come from the Educational Assistance Fund, which has money in it.

There is another $11 million appropriated to Eastern but this is in the General Revenue Fund, which does not have money in it.

McCann said the earliest this will be paid out is September.

“More than likely we won’t get all of that at one point in time,” he said, adding that it will be spread out.

All money coming in is covering normal operating expenses as the university goes forward.

“We’re not adding anybody back at this time, we’re evaluating things as we go forward,” McCann said. “A lot of this will just take us time to work through and we’ll see.”

Glassman reiterated this message in an email to the campus community.

While the passage of a budget has been a relief to Eastern and other public higher education institutions in Illinois, he said the university will still need to remain caution and prudent in expenditures through the upcoming year.

This means the current hard freeze on spending will continue until the fall semester and the administration cannot yet say which or how many of the positions that have been cut will be brought back.

“Numerous critical positions had been cut during the impasse and we will need to strategically bring them back as fiscally appropriate,” he wrote in the email. “This will be a slow process and correlated to future enrollment growth.”

Glassman said the administration will review the upcoming year’s budget and prioritize the steps needed to restore operations so they are effective and efficient.