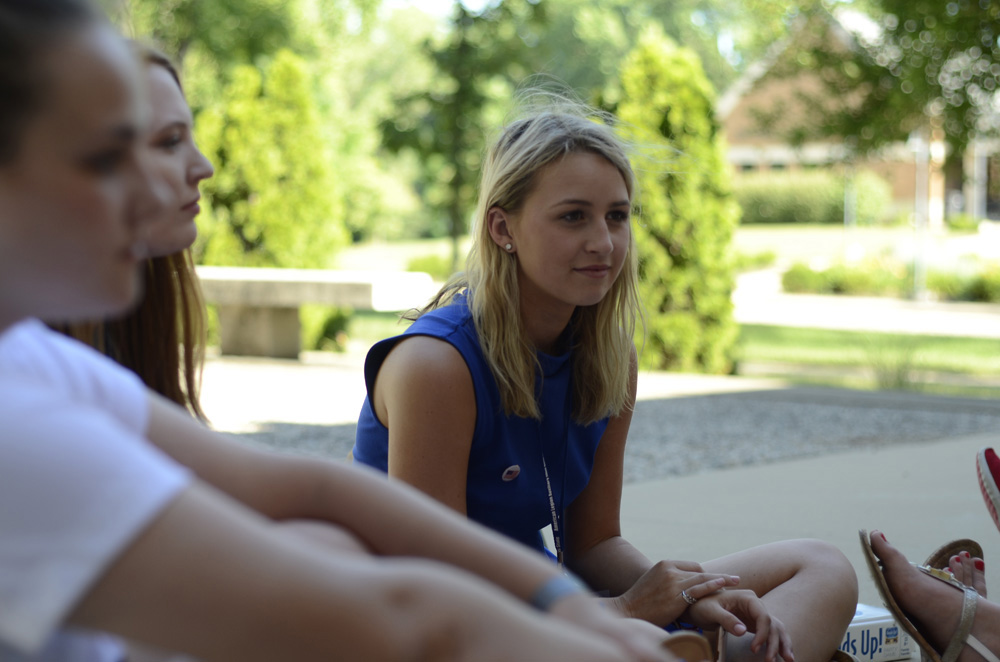 Sophie Marcolla, a rising senior from Quincy Norte Dame in Quincy, discusses the upcoming elections for the American Legion Auxiliary Illinois Girls State on Monday. "I love politics," she said. "That's why I'm running for governor." Marcolla said Girls State functions as a stepping stone for her future in politics and her future in Washington D.C.

Participants of American Legion Auxiliary Girls State will be staying at Eastern this week to learn about city, county and state government.

Program Director Pam Ray said the program is meant to teach “leadership and citizenship.” While at Eastern, the girls experience working in a government-like setting by building a government of their own.

After being placed in the Nationalist Party or Federalist Party and assigned to a specific “city,” the girls proceed to run for different offices, vote and write pieces of mock legislation.

Ray said the goal of the program is to give young woman confidence and knowledge for their adult lives.

In addition to learning about and participating in mock government roles, Ray said participant in Girls State also have the opportunity to work with the ROTC and listen to different guest speakers who will discuss what it is like to work in politics.

One of several guest speakers, Illinois Treasurer Michael Frerichs, is scheduled to speak on Thursday.