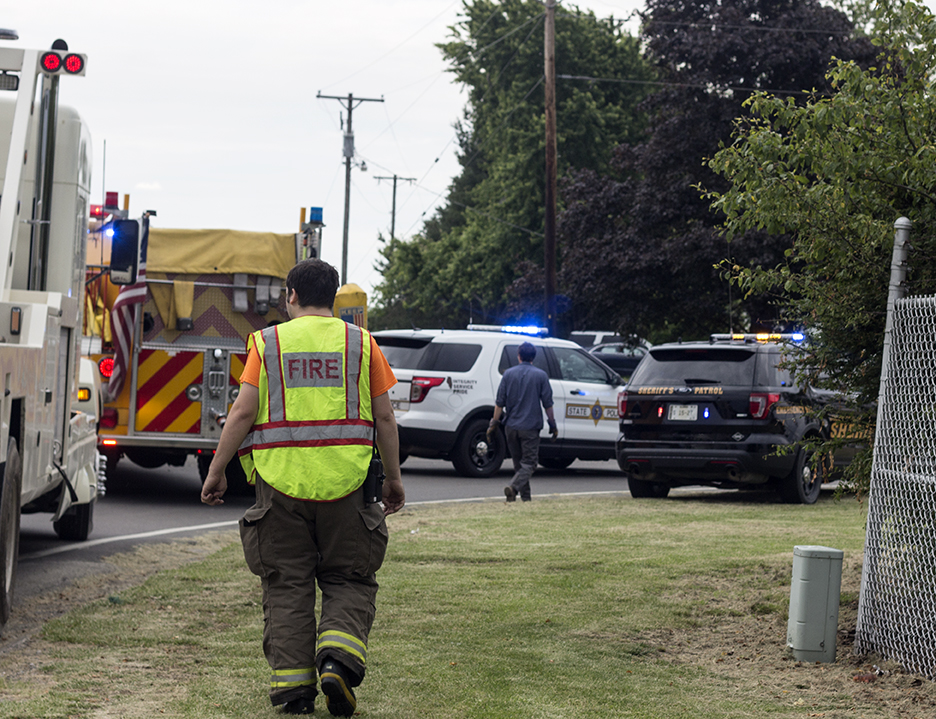 Police cars and fire engines surround the scene of an accident Tuesday afternoon.

A 6-year-old Mattoon girl is being treated at Carle Foundation Hospital in Urbana Wednesday for injuries she received after a two-vehicle accident Tuesday afternoon.

Schuler was a passenger in the car driven by 16-year old Jordan L. Holly of Charleston.

Holly died in the accident.

The accident involving the vehicle Holly was driving and a dump truck took place at the intersection of Old State Road and Lerna Road at about 1:36 p.m. Tuesday, according to a report from the sheriff’s office.

According to the report, Holly’s vehicle was eastbound on Old State Road when she pulled out into the intersection and failed to yield to the truck, which was southbound on Lerna Road.

The driver of the dump truck was identified as Michael W. Chaney, and Huston said according to eyewitnesses there was no time for Chaney to stop.

More information will be added to the story as soon as it becomes available.